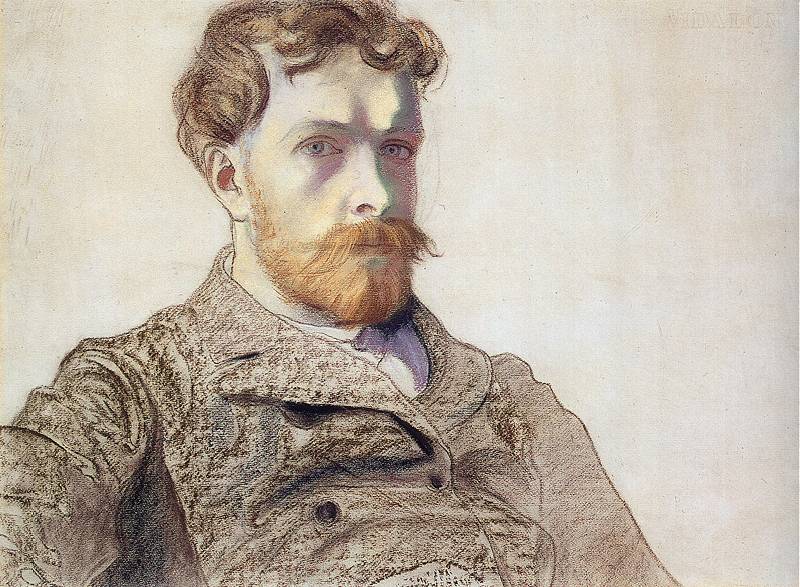 Stanislaw Wyspianski was a Polish dramatist, poet, and painter. He created within the philosophy of Young Poland. It was an art movement at the turn of the 19th and 20th centuries that focused on decadence, symbolism and impressionism. This period is also associated with Bohemianism. The Young Poland Movement relates mostly to Polish literature of the time, but this term can also be used in reference to the Polish version of the Art Nouveau era. It was, therefore, a time when decorative arts became very popular.

Wyspianski was one of the most outstanding and multifaceted artists of his time. He became known for his talent to successfully join the trends of modernism with themes of the Polish folk tradition and Romantic history. Wyspianski’s artistic output is very diverse. Among dramas and poetry, there are unique portraits and self-portraits, exceptional examples of stained glass projects, designs of applied arts. He was also involved in the preservation of local heritage. 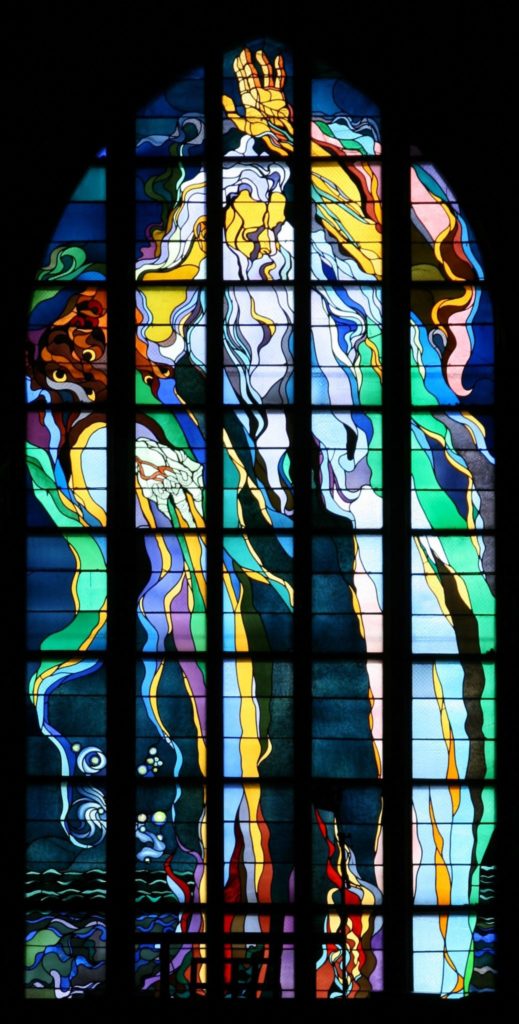 In his work, Wyspianski was involved in a variety of projects. He was an acclaimed stained glass and polychrome designer. Together with Jozef Mehoffer, he designed 36 stained glass windows for St. Mary’s Basilica in Krakow as part of cooperation with Jan Matejko in the church conservation. They both also made curtains designs for the newly erected Juliusz Slowacki Theatre in Krakow. 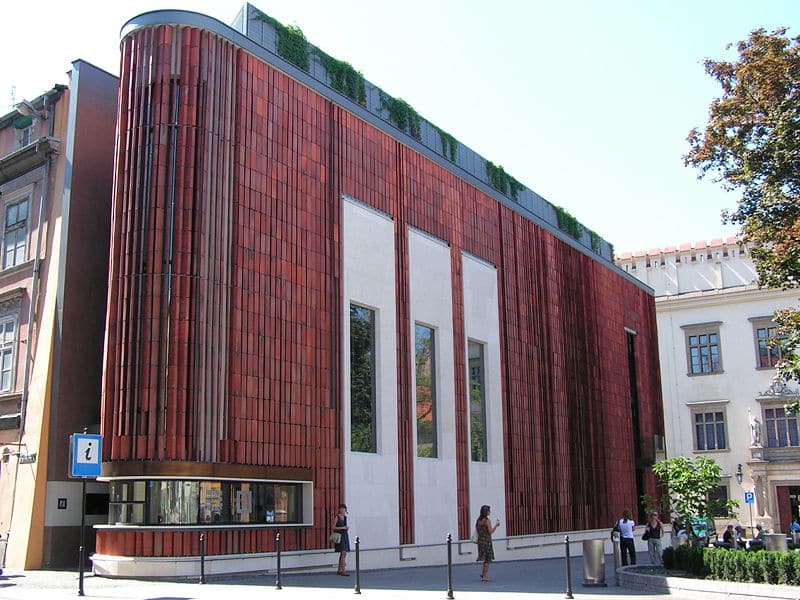 In 2007, a pavilion dedicated to Wyspianski’s artistic output was opened. It is located in the close neighbourhood of the Franciscan Church,  at the corner of All Saint’s Square near Grodzka Street on Krakow Old Town. The building has a decorative facade, consisting of a special brick tile, which respective setting allows to change the interior lighting. Such architectural solution was implied in order to display three of Wyspianski’s stained glass windows mounted in the facade. They were completed in 2005-2007 by Piotr Ostrowski of S. G. Zelenski Stained Glass Workshop from Wyspianski’s unrealised projects. The stained glass trio was designed by Wyspianski in 1900, commissioned for the Wawel Cathedral, which authorities ultimately did not agree for the stained glass windows to be implemented. They represent St. Stanislaw, King Casimir I the Great and Duke Henry II the Pious.

Wyspianski Pavilion is open every day between 9 a.m. and 5 p.m. 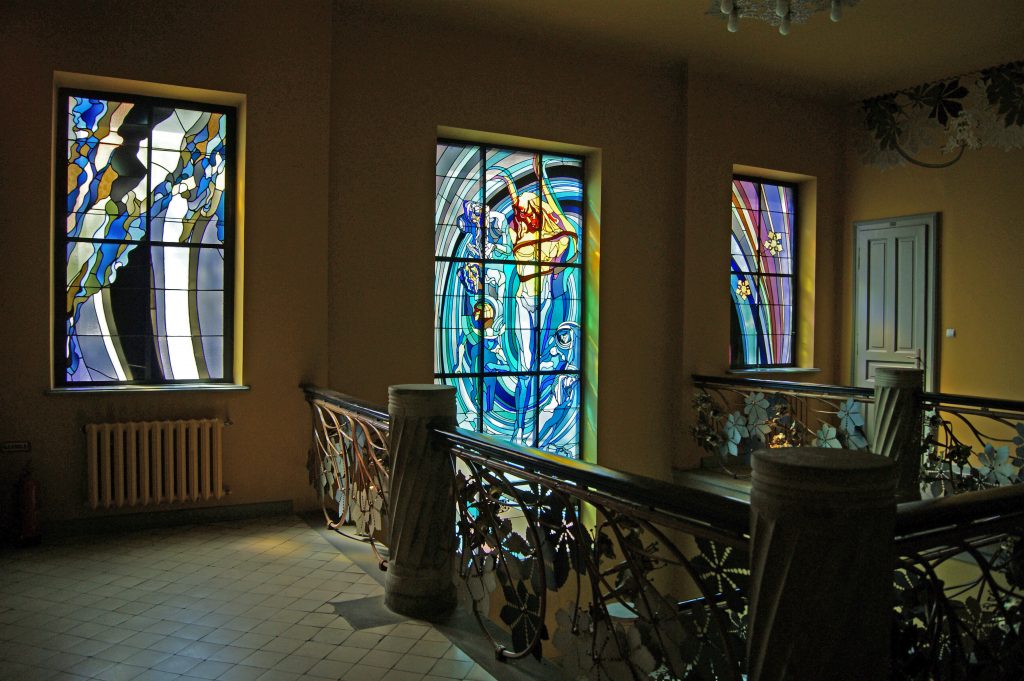 Yet another example of Wyspianski’s exceptional talent in the art of stained glass can be admired at 4 Radziwilowska Street, where the Medical House Society is located. For this building, Wyspianski prepared a complete interior design of the meeting room, reading room and library. Above the staircase, he placed an allegorical image of the solar system, titled “Apollo“, arguably the second of his best-known projects.

Inside of the Medical House Society headquarters can be visited upon prior arrangement.