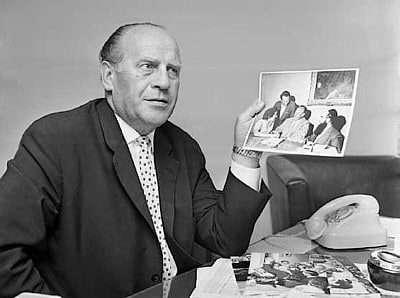 Oskar Schindler was a German industrialist and owner of the enamelware factory in Krakow. He bought the establishment in Krakow in 1939 from previous owners and soon Schindler’s factory became one of the most prominent in the area. In 1943 Schindler run a production line of ammunition and military equipment for Wehrmacht.

Schindler employed almost 1750 workers, with a thousand being Jewish. At first, he probably employed Jews to save money and decrease expenses. But during the course of World War II, he developed deep care about his Jewish employees’ fate and tried to help them. Schindler was a member of the Nazi Party and before the war, he was a German spy. The events of World War II, however, left him appalled and he decided to save as many Jewish lives as he could.

When in 1942 German Army started to liquidate the Krakow ghetto and transporting its residents to concentration camps, Schindler used his connections to protect his employees. He moved all of his Jewish employees to the factory, where they could live relatively safely. He justified his actions to the German authorities that skilled workers were essential for the work of the factory and the attempt to harm them will be bringing his claim for compensation from the German government. 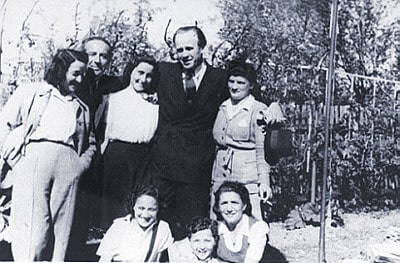 Oskar Schindler with the people he saved

When at the end of the war the Red Army approached Krakow in 1944, the German camps were liquidated and their inmates were mostly exterminated.

The people whose names were on that list will later be known as Schindlerjuden – Schindler’s Jews. He arranged for the Jews to escape the inevitable extermination and continued to bribe SS officials to prevent the execution of his workers. By the end of World War II Schindler had spent his entire fortune on bribes and black-market purchases of supplies for his workers.

Righteous Among the Nations

Despite his heroic actions, as a member of the Nazi Party, Schindler was in danger of being arrested as a war criminal. When the war ended, he had to escape Russian troops. He lost all of his valuables, including a car, a diamond and a golden ring he was given by his Jewish survivors. He kept, however, the most important document he was to present to the American authorities. It contained a statement from several of the Jews he saved attesting his actions.

After the war, Oskar Schindler had lived in Argentine for some time and then settled in Germany. He remained in contact with many of the Jews he had met during the war and developed close friendships with people from this famous list. Due to the fact that he did not prosper in post-war Germany, he received assistance from Jewish organisations and donations from families of those whose he had saved.

In 1963 Oskar Schindler was named Righteous Among the Nations. It is an award bestowed by the State of Israel on non-Jews who took an active role to rescue Jews during the Holocaust. He died in 1974. Following his wish, Oskar Schindler was buried in a Catholic cemetery on Mount Zion in Jerusalem. He is, therefore, the only Nazi Party member to be honoured that way. 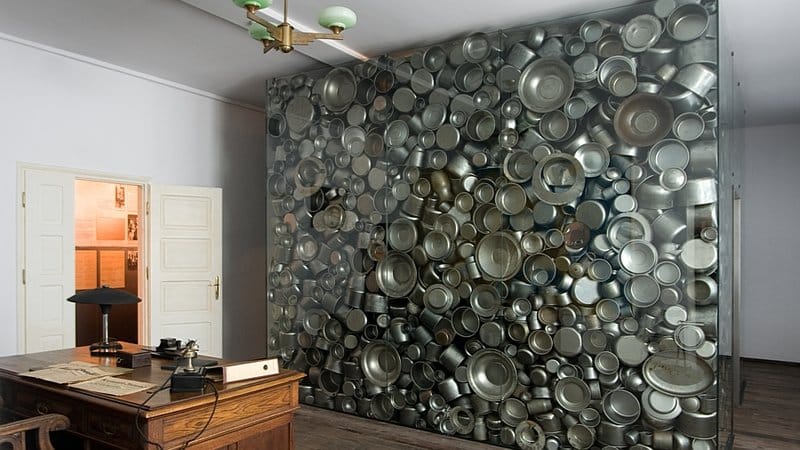 The main exhibition – Krakow under Nazi Occupation 1939-1945, focuses on Polish and Jewish inhabitants of Krakow during World War II and how the Nazi occupation had affected their lives. The Nazi occupation of Krakow left its mark on the city, its multicultural inhabitants and obviously, took thousands of lives of Polish Jews. Forty-five exhibition halls present the horrors of World War II and give honour to those who lost their lives in the Holocaust.

A room dedicated to Oskar Schindler is his old office that luckily stood the test of time. A wall with thousand enameled pots, resembling those that were produced by Schindler’s employees, is a symbolic memorial of thousands of lives he saved. “The Schindler’s List” is also presented in a dedicated exhibition hall with a reconstructed list of all 1200 names.

History of the Holocaust and of World War II is often indefinable. Photographs, newspapers, letters are only material signs that carry immense meaning in their context. This meaning is more likely to be felt by each and every one who wants to experience it than seen. Therefore the Museum is based on the significance of the place where it was established. A number of multimedia solutions were used at the Museum to help arrange a specific atmosphere around the place.

** Visiting with children of 14 years old and older is recommended.