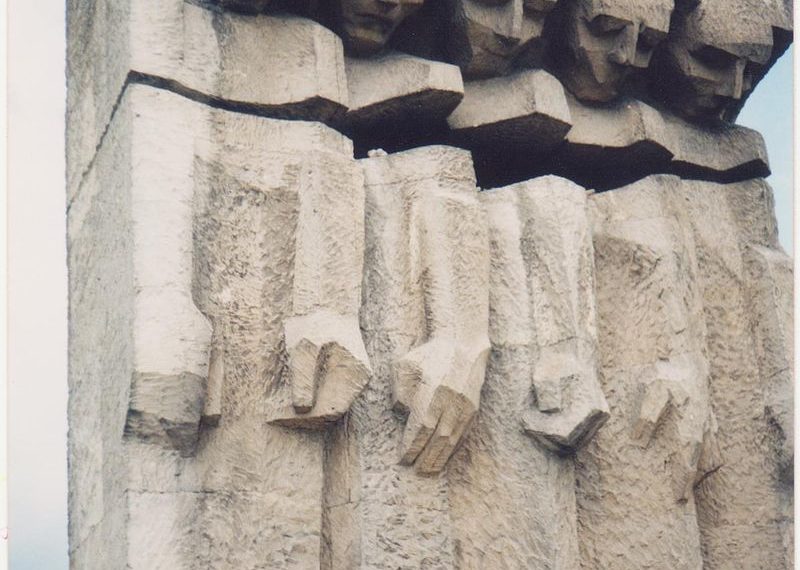 Krakow-Plaszow was German forced labour camp, later transformed into a concentration camp. It was founded to transport the Jewish population of the Krakow ghetto liquidated on 14 March 1943. The camp in Plaszow was established in the area of two Jewish cemeteries from 1887 and 1932 that were destroyed and Jewish tombstones were used for pavement. Most of the prisoners of Plaszow concentration camp were Polish Jews. 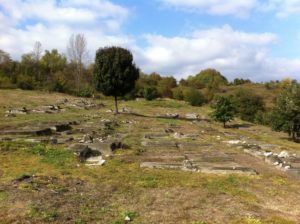 The only remains of Jewish tombstones used as pavement in Plaszow

In July 1943, the Nazis established additional work camp for Poles in Plaszow. The victims of the pacification in Krakow and the nearby towns were forced there. In 1943 the construction of gas chambers and crematoria started but was never completed. At the time prisoners were sent to camps in which chambers and crematoria were active – mainly to Auschwitz.

The camp was the site of the notorious terror from the hands of its staff and SS commandant Amon Göth. The death rate in Plaszow concentration camp was high due to starvation, typhus and executions. The infamous hill just outside the camp’s borders saw horrific executions with prisoners shot there three to four times a week and their bodies left there to be covered with dirt.

Amon Göth was arrested in September 1944 by the Nazi authorities. The reason was the suspicion of corruption and violation of the regulations, not on the charge of murder or crimes against the prisoners. He was released in January 1945, sent to a sanatorium, where after the war he was arrested by the Americans. As a war criminal, Göth was handed over to Polish authorities, accused of genocide, tried, sentenced to death and hanged in Krakow on 13 September 1946. 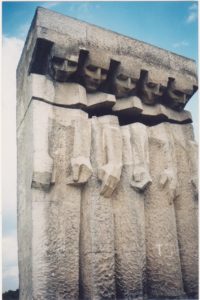 The area in which the camp was located is now a derelict field with a commemorative sign at the entrance. There is a large monument commemorating all the victims of the Plaszow concentration camp. Each year, it is the finishing point of the March of Remembrance taking part in mid-March to manifest the respect to the victims of the Holocaust.

The quarry that was the site of forced labor still exists. There is also the villa in which Amon Göth had lived and the house that served as the camp’s prison. Those places were used as locations while shooting the 1993 Steven Spielberg movie Schindler’s List.

The former concentration camp in Plaszow is now open to anyone. The land is owned by Historical Museum of Krakow and there are plans to transform it into a permanent memorial site.

Being in Krakow, it’s definitely worth to visit Plaszow Concentration Camp. It’s located in Plaszow district, at Jerozolimska street. It takes around 20 minutes from the city centre.

You can take any tram that goes in direction of Wieliczka, Nowy Biezanow or Kurdwanow. The nearest bus stops are Dworcowa. (at Wielicka street) and Kamienskiego/Bonarka (Kamienskiego street).

See it on the map: