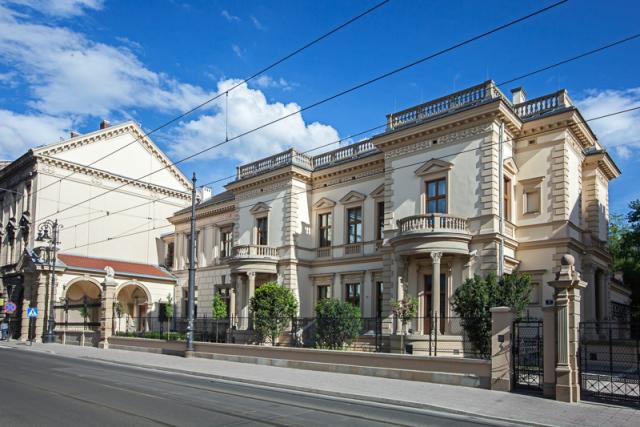 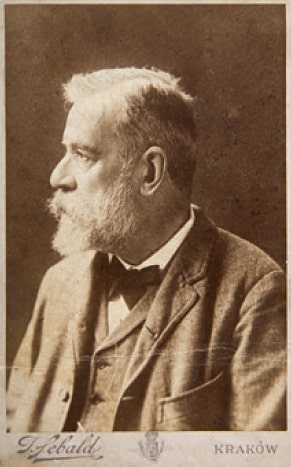 Emeryk Hutten-Czapski was born in 1828 into a wealthy aristocratic family in Poland-Lithuania. He was very well educated, knew seven languages and was an heir to a huge fortune. Since Poland was at the time under Russian occupation, Emeryk Hutten-Czapski was developing a bright career as a high official in the administration of the Russian Empire.

Living in his manor in Stankow in the territories of Belarus, he began to collect Russian and Polish coins, medals and orders, military, glass, textiles, paintings, old prints and antique books. To accommodate his large collection, Emeryk Hutten-Czapski reconstructed his manor house and built extra rooms. He was also scrupulously documenting all of the objects. He wrote five volumes on Polish coins (Catalogue de la Collection des Médailles et Monnaies Polonaises), a publication that is until this day an invaluable and primary source for numismatic research.

In the 1880s situation of Polish people in the Russian Empire was becoming unbearable. Emeryk Hutten-Czapski resigned from all of his work as a Russian official. He decided to move to the region of Galicia, territories of Poland under Austrian occupation, where he could hope for safer life.

Construction works of the pavilion finished after Emeryk Hutten-Czapski had died. His wife and his sons were aware of his dream to create an exhibition in the pavilion. At first, they created a private museum but in 1903 it was given to the city of Krakow. The National Museum in Krakow gained possession of the collection. The museum was established in the family palace.

The museum displayed a splendid collection of numismatics, old prints, books and memorabilia as its permanent exhibition. It had been open for public until 1939, after which it was closed for over 70 years.

Today, the Emeryk Hutten-Czapski Museum is open once again as a branch of the National Museum in Krakow. Its numismatic collection now consists of over 100,000 objects. 2,500 of the most valuable can be admired at the exhibition that occupies almost the entire building.

The museum is now one of the most important institutions in Poland that concentrate on numismatics. It conducts exhibition projects and research, workshops, conferences and educational activities for children and adults.