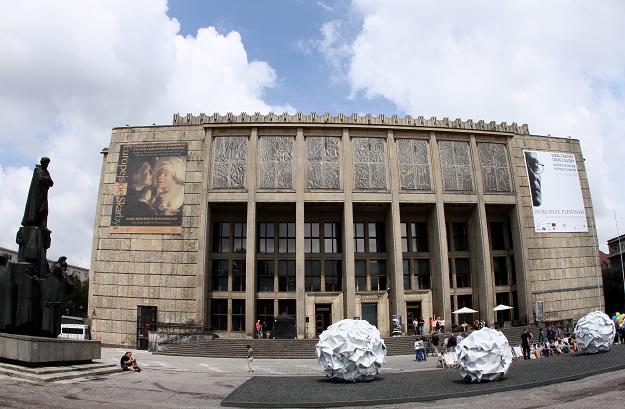 The National Museum in Krakow was established in 1879. As the first-ever national museum, it had a great responsibility in maintaining the national spirit in the time when Polish people were deprived of their home country and statehood.

In museum’s possession, there is a rich collection of works of art of Polish, European and non-European artists. The museum is considered to be among the most important and most interesting museums, not only in Poland but in the world.

Establishing of the National Museum in Krakow

Origins of the museum were marked by a symbolic moment when Polish painter, Henryk Siemiradzki, gifted his painting, Nero’s Torches, to the city of Krakow in 1879. He wanted to initiate creating of the national art museum in the Cloth Hall in Krakow. The next day, 39 artists who gathered together to celebrate the 50th anniversary of artistic work of J. I. Kraszewski, the most prolific Polish writer, decided to donate their works to the collection in the Cloth Hall.

The need to create such an institution was great beyond description. In a short time after the opening of the first museum exhibition in September 1883, the collection expanded remarkably. Not only artists’ continued to donate their works but also individual people began to send in priceless works of art and even whole collections.

From the very beginning, the museum has gathered works of art of Polish historic and contemporary artists. Collecting national memorabilia and objects connected with people recognised for their service to the country was exceptionally important in the 19th century.

New premises of the National Museum in Krakow

Main Building of the National Museum in Krakow

Already at the beginning of the 20th century, it was clear that exhibition halls created in the Cloth Hall will soon cease to serve their purpose. The number of items in the collection was expanding very quickly (around 100 thousand after only two decades). At first, efforts were made to move the Museum to Wawel Royal Castle, but with regaining of independence by Poland after World War I, Wawel Castle was to serve as a presidential residence.

It was decided that the museum will be moved to newly built premises. In 1934 construction of the new building began, but was soon stopped by the outbreak of World War II. Unfortunately, the building had not been finished until 1970. The reconstruction works took almost twenty years and the new building opened only in 1990.

The main building of the National Museum in Krakow houses three permanent exhibitions. 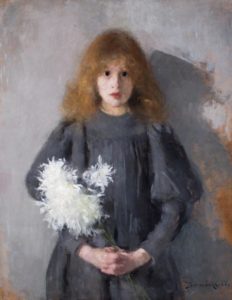 Tickets and opening hours of the National Museum in Krakow

* On November 11th (Polish Independence Day), only the Main Building and the Gallery of 19th-Century Polish Art in the Cloth Hall are open between 10 a.m. and 4 p.m.

Branches of the National Museum in Krakow

The main aim of the museum has always been to preserve Polish cultural and historical heritage. Additionally, it draws special attention to people connected with Krakow.

With the beginning of the 20th century, first branches of the museum were established. Each branch is dedicated to a person or a subject significant to the city Krakow and the region of Lesser Poland (Malopolska)

The Cloth Hall was the first premise of the National Museum. In 1879 the first exhibition opened in the two rooms on the upper floor of the Cloth Hall. The Museum had changed its main building since that time, but the exhibition halls in the Cloth Hall still show the most beautiful examples of Polish art from the 19th century.

This branch was opened in 1903 and established in the 19th-century town palace owned by Emeryk Hutten-Czapski. He was a Polish aristocrat, vice-governor of St. Petersburg and a passionate numismatics collector and bibliophile. The museum shows a collection of coins, medals and banknotes, old books and manuscripts.

It is the newest branch of the National Museum, located at the back of the Hutten-Czapski Palace in the adjacent garden. It is dedicated to Jozef Czapski, the noble figure in Polish history, eminent painter and writer and the grandson of Emeryk Hutten-Czapski.

It is a branch dedicated to one of the greatest Polish painters, Jan Matejko and located in his family house on Florianska Street near the Main Square in Krakow.

The branch is primarily dedicated to Polish art critic, art collector and a member of various groups of Krakow’s bohema, Feliks Jasienski. The branch also organises lectures, meetings, concerts and classes for children.

It is a branch dedicated to Polish painter and decorative artist, one of the leading artists of the Young Poland movement (Art Nouveau era in Europe), Jozef Mehoffer. It is located in artist’s house and has one of the most beautiful gardens in all of Krakow.

This branch is located in an early 16th-century town palace erected for the Bishop Erazm Ciolek. He was the secretary of king Alexander I, diplomat, humanist and patron of artists. The branch houses two permanent exhibition. The first one is titled “Art of Old Poland. 12th – 18th Centuries”, the second – “Orthodox Art of the Old Polish Republic”.

It is a branch dedicated entirely to European art. The exposition presents seven centuries of the history of European art, using over 100 paintings and sculptures.

The Czartoryski Museum is the oldest museum in Poland, founded by Princess Izabela Czartoryska in 1796. Its aim was to preserve Polish heritage during the Partitions of Poland. It has also grown to be one of the best art galleries in Poland, owning such masterpieces as Lady with an Ermine by  Leonardo da Vinci. The Czartoryski Museum was incorporated into National Museum in Krakow in 2016.

The Library was founded by the Czartoryski family. It contains priceless collections of books and manuscripts from the family’s private library and a collection of archives after Stanislaw August Poniatowski, the last Polish king. The Library, just like the Czartoryski Museum became a branch of the National Museum in Krakow in 2016.

It is a branch of the National Museum located in Zakopane and dedicated to Polish composer Karol Szymanowski, who lived in the villa in the 1930s.