You may hear about Rubinstein cosmetics – a brand well known around the world. Meet her founder!

Helena was born in Krakow in 1872, as she tends to conceal some information about her origin (especially in her diary “My life for the beauty”) – let’s see what we know about her. Her father, Herzl Naftali (much Jewish, isn’t it?), came to Krakow in 1871, and with his wife Gitel, lived in Kazimierz (current district of Krakow). Helena had five sisters and two brothers; all lived at Szeroka 14 street. After graduation from school, Helena moved to her uncle in Melbourne (Australia), working in the pharmacy. She brought with herself twelve jars of cream prepared by the dermatologist for her mother. The product gained recognition among Australian women. It was why dr Jacob Lykusky traveled to Melbourne – to teach Helena how to prepare creams, foams, soaps, and far more other cosmetics.

Soon, Helena founded a drugstore, and then – “Helena Rubinstein beauty salon”-was the beginning of the career. In 1907 Rubinstein worked in London, from 1914 in Paris, and finally in the USA. On the day of her death, her company included 30.000 beauty salons, offices, laboratories, and factories worth about $ 100 million.

Helena most willingly lived in New York and Paris; however, she often visited her parents in Krakow. In 1938-1939 she also conducted cosmetic courses. Helena Rubinstein is undeniably the most famous Krakow citizen in the world 🙂 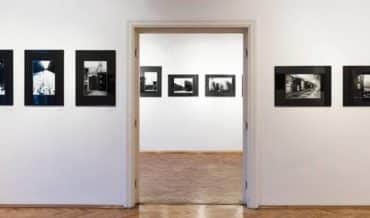