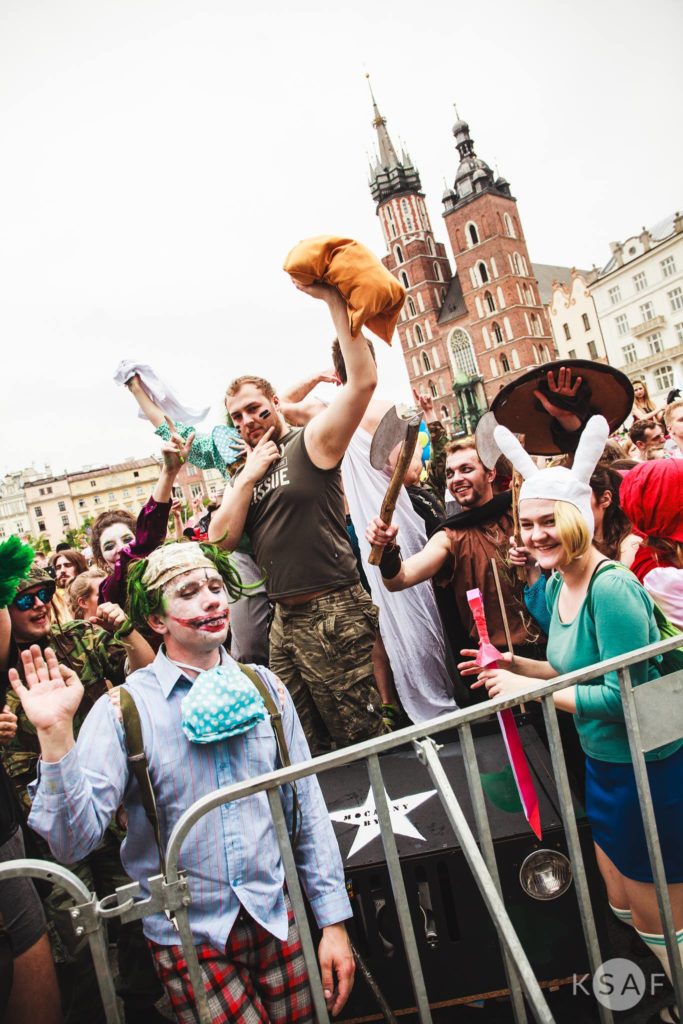 Students’ parade at the end of Juwenalia 2016

Each May, students in every Polish academic city celebrate their favourite holiday – Juwenalia. There is no match for this event when it comes to partying, concerts, discos, etc. For a few days, the city centre is transformed into one big party, when universities and students come together to celebrate.

Juwenalia in Krakow is the oldest in Poland. Already in the 15th century, there was a special holiday dedicated to students of Jagiellonian University. In modern-day Poland, Krakow Juwenalia dates back to 1964, when the 600th anniversary of establishing Jagiellonian University was celebrated. At that time, the concept of the Juwenalia parade was born. Twelve thousand students marched from Wawel to Main Square. From that moment on, every year students finish their celebrations with a huge parade.

Today, Juwenalia is organised by students of Jagiellonian University in collaboration with AGH University of Science and Technology. Every year, the president of Krakow hands over keys to the city gates to the students, symbolically giving them authority over the city for the time of the festival.

This year’s student festival will take place between 9 and 14 May. The highlight of celebrations is various concerts, held in different parts of the city. They start early in the afternoon and last until late at night. The line-up can be found on Juwenalia Facebook page.