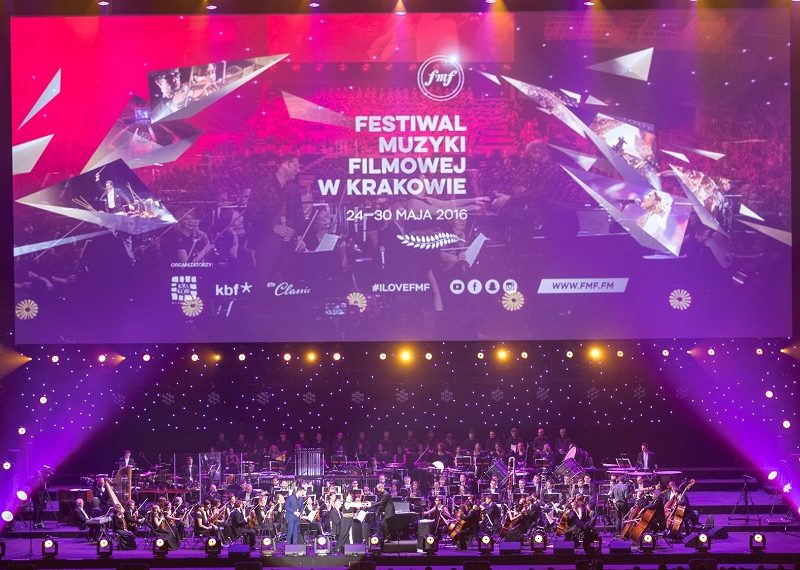 Film Music Festival, organised in Krakow since 2008, is one of the most innovative undertakings in Europe, dedicated entirely to film scores. The festival gained an international repute for its boldness and courage in presenting film music, as well as for inventive approach in organising such event.

Each edition comprises of retrospectives and monographic concerts of famous film music composers, performances that combine film screenings with live orchestral accompaniment and gala concerts. The characteristic feature of Krakow Film Music Festival is special Live in Concerts – simultaneous large-scale film screenings together with a live orchestra performing the film score. During the festival, world’s best-known film scores are played by Polish and international artists.

In the previous years, the most renowned composers were invited to the festival, such as Abel Korzeniowski, Jan A.P. Kaczmarek, James Newton Howard,  Alexandre Desplat. Since its first edition, the festival has been expanding its programme and now it includes such components as Animation Film Gala or Video Game Show.

In 2017, Krakow Film Music Festival will celebrate its 1oth edition. It is organised between 17 and 23 May.

Invited for this year’s jubilee edition are such distinguished guests as Abel Korzeniowski, Howard Shore, Jan A.P. Kaczmarek. For the festival’s finale will be held a special 20th-anniversary screening of the cinematic classic “Titanic” with live orchestra performance.