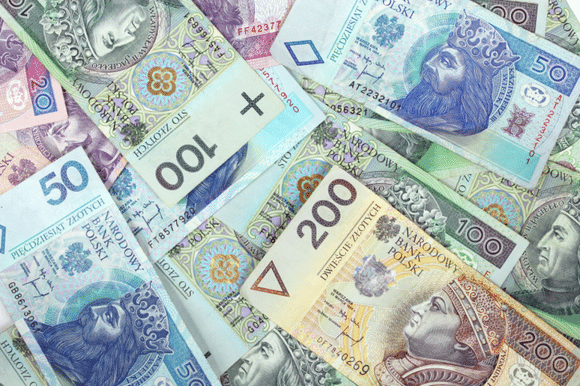 Poland is a country on the rise. It attracts tourists with beautiful landmarks and nature, but also with its competitive prices. Many visitors from abroad found Poland very affordable. Poland is one of several members of the European Union that does not use Euro as official currency. Polish currency, zloty, has been used since 1995, when the process of denomination was successfully completed after the fall of the Eastern Block.

Polish zloty is the only currency accepted in Poland. Although it might happen that in some places in Krakow, like tourist agencies or hotels you will be able to pay with Euros, Pounds or U. S. Dollars, it is generally advisable to change money beforehand. You can do so in may currency exchange bureaus at the airport, train station or scattered around the Old Town. 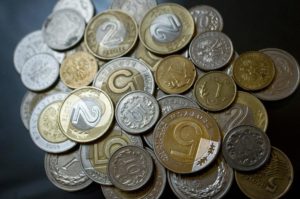 1 zloty = 100 groszy, therefore there are coins of 1, 2, 5, 10, 20 and 50 groszy. All of them are used on every-day basis, however you may come across a situation when a shop assistant will not bother to give 1 grosz change. The coins of 1, 2 and 5 zlotys will be useful while buying tickets in a ticket machine on a bus stop or snacks in a vending machine. Polish coins are adorned with the eagle of the Polish coat of arms on obverse and a value surrounded by leaves on reverse.

Polish banknotes are more richly decorated. The most distinctive feature is that on each banknote there is an image of a Polish king from the past. They also vary in colour arrangement. To make the usage of banknotes easier to visually impaired there are different palpable shapes in the bottom corner. 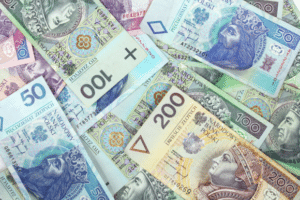 On the banknote of 10 zloty there is an image of Mieszko I, the first ruler of Polish lands. The 20 zlotys banknotes bears the image of Boleslaw Chrobry, Mieszko’s son, heir and the first crowned king of Poland. 50 zloty banknote is decorated with the image of Casimir III the Great, the last king of the Piast dynasty and the founder of the first university in Poland – now known as the Jagiellonian University.

To efficiently plan your holiday expenses, check the exchange rates below.