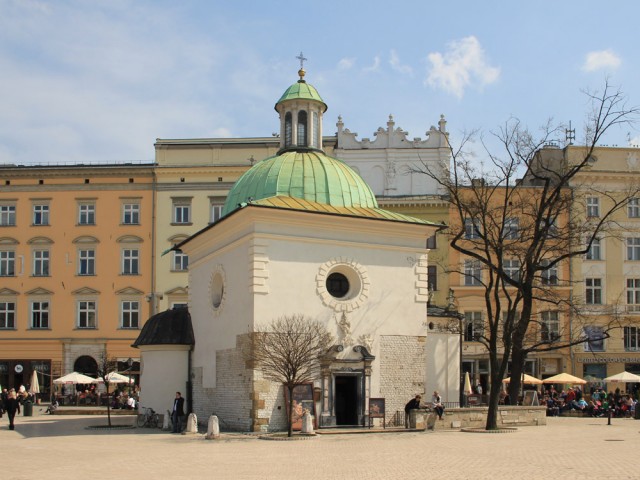 Church of St. Adalbert (in Polish Kosciol sw. Wojciecha) is a small church on the Krakow Main Square. It stands between the Cloth Hall and the Grodzka Street.

The church was named after the martyred missionary, Saint Adalbert (Polish: sw. Wojciech). St. Adalbert was born circa 956 in Prague. He was a Bohemian missionary, who operated in Hungary, Poland and Prussia and was the Bishop of Prague. Dissatisfied with his work as the Bishop, he traveled through Europe, eventually reaching Poland and its then capital city, Gniezno. There, he became acquainted with the Polish king, Boleslaw I and soon set off for his missionary work in Prussia. His efforts to preach to the pagan inhabitants of Prussia came to naught. Inhabitants of Prussia were reluctant to convert to Christianity and St. Adalbert’s imperious manner in commanding the people to abandon paganism irritated them. This led to a brutal murder of the missionary in 997. It is believed that king Boleslaw bought back the body of his protege for its weight in gold. The body was laid in the Gniezno Cathedral. 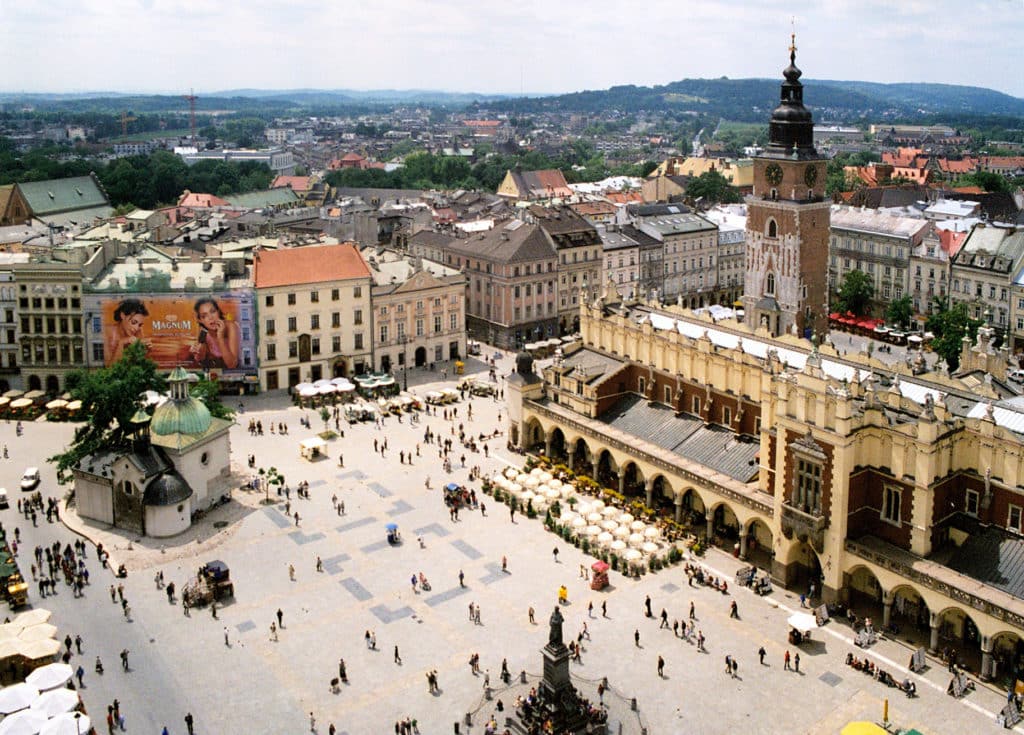 Aerial view on Church of St. Adalbert and Cloth Hall

St. Adalbert was canonised just a few years after his death. He was proclaimed the saint martyr and is one of the three major Catholic Polish patrons.

At the beginning of the 17th century, the building was rebuilt in the Baroque style. The walls were raised and plastered, the whole building was covered with a dome, and the new entrance was built on the west side of the church. At present, the walls of the church are unearthed to show their lowest level. The interior is Baroque, from approximately half of the 18th century, and is cramped if related to a much larger exterior.

The Church of St. Adalbert is an active place of worship. In the church’s basement, there is an exhibition related to the history of the Main Square, administered by the Archaeological Museum.