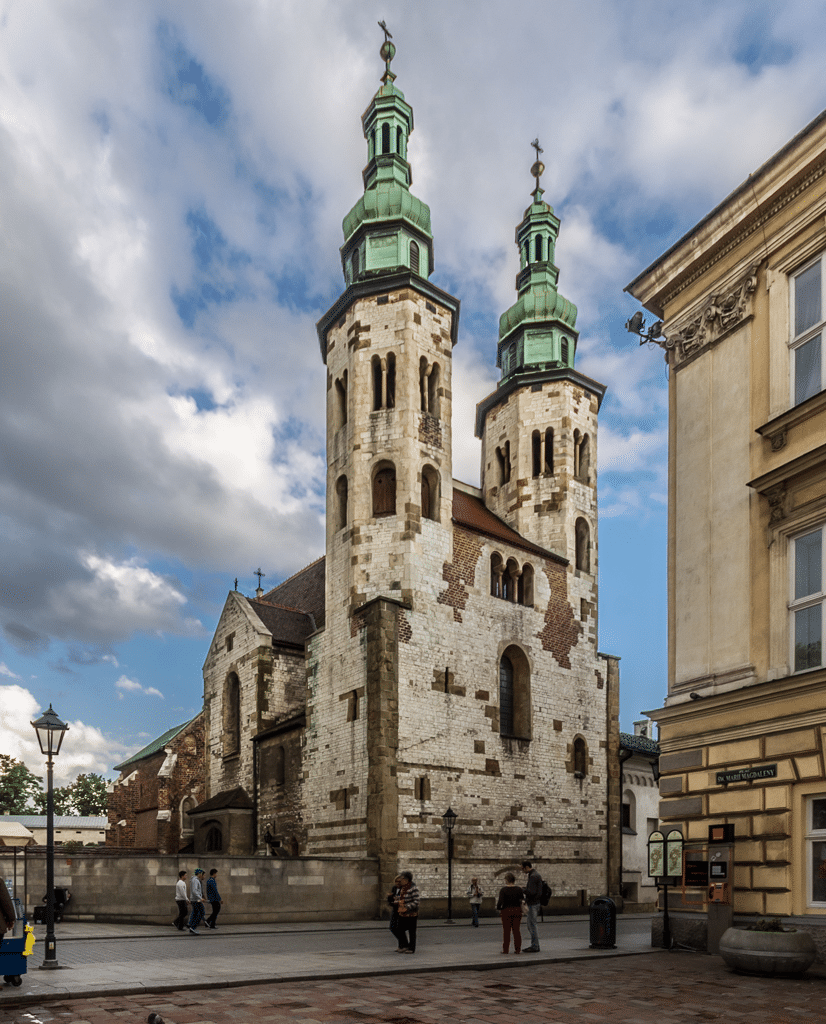 Church of St. Andrew located at Grodzka Street on Krakow Old Town is one of the oldest Krakow churches. Built between 1079 and 1098 it is the only church in Krakow that survived the Mongol invasion of 1241 without detriment. It is the best preserved Romanesque church in Krakow and arguably in Poland.

The church was built as the main temple of the Okol borough, a little commerce hub between the Old Town of Krakow and the Wawel Royal Castle. Its founder was a prominent statesman, Palatine Sieciech. Church of St. Andrew had been used for centuries not only as a place of worship but also a fortress. It is a rare example of a fortified church in Europe. 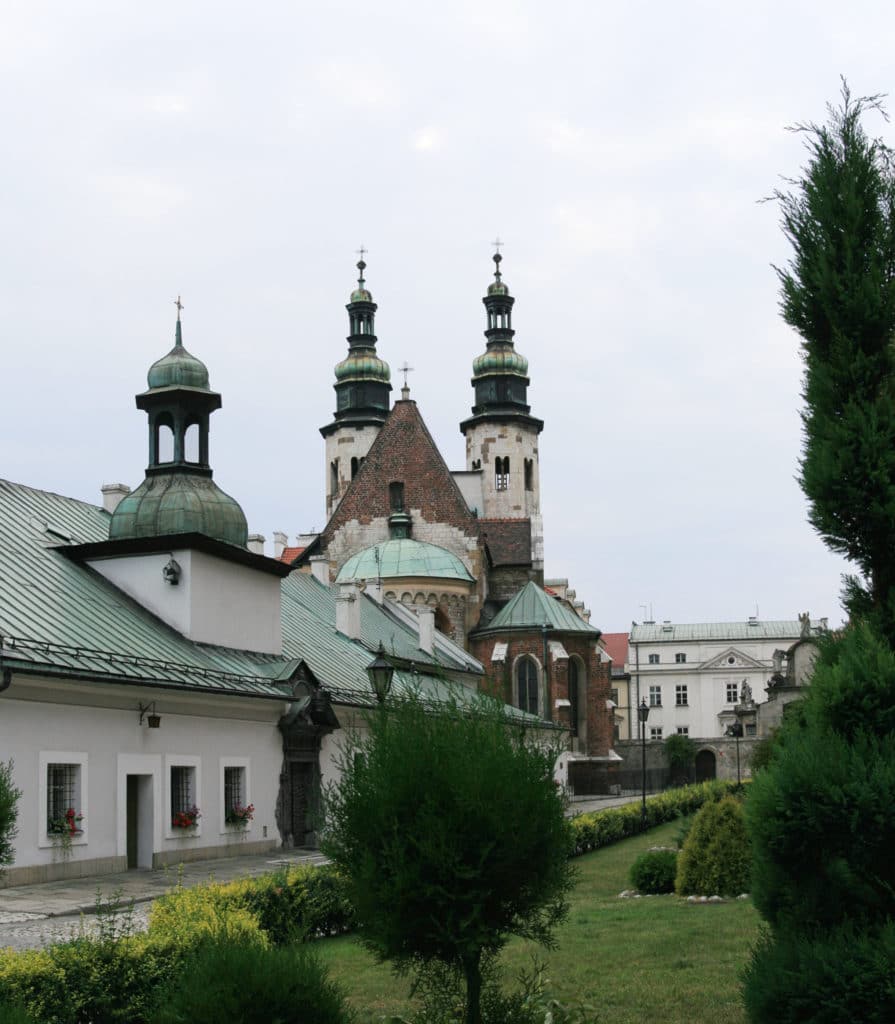 St. Andrew’s Church and the convent of Poor Clares

In 1320, the church was entrusted to the Religious Order of Poor Clares, for which a convent was built next to it. Nuns led the lives of contemplation and restrained from contacting the outside world.

In the treasury of the monastery, however, many objects of great value are kept. Among them, there are 13th-century reliquaries, a unique mosaic image of the Virgin Mary in the Byzantine style from the turn of the 12th and 13th century and the oldest know Nativity play figurines, from the early 14th century. Late-Romanesque gradual from the 13th century and an illuminated, early-Gothic book are hidden in the monastery library.

Church of St. Andrew was rebuilt during the 12th century, but it retained the original Romanesque shape. The only non-Romanesque elements of the church are the two helmets on top of the towers and the interior.

The austerity of the church’s Romanesque facade contrasts with the Baroque magnitude of the Church of Saints Peter and Paul.

Please note, that the Church of St. Andrew is open only during services.