The Most Beautiful Castles in Europe 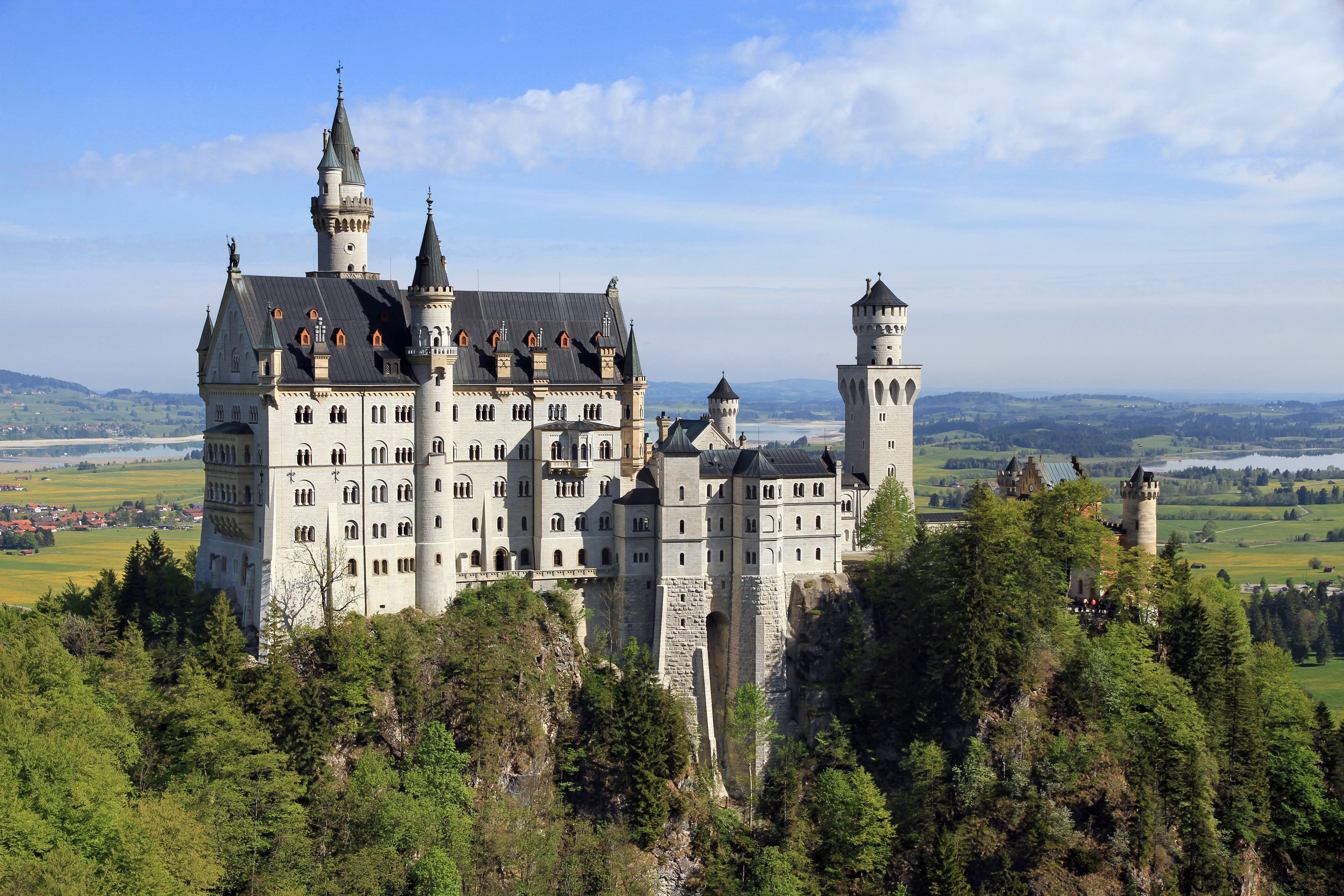 Castles are often the most beautiful reminders of a country’s past. They fascinate us because of their history and famous habitants. They are depicted in books and movies as places where great adventures and love stories happen. Some of the most stunning castles in the world are situated in Europe. From Romania to Germany, old continent’s castles enrapture with their intricate architecture and breathtaking surroundings. Check out our list of the most beautiful castles in Europe.

Neuschwanstein is a 19th-century castle in the southwest of Bavaria. The place was built by the commission of king Ludwig II, who paid for the castle from his own funds. It is believed that Ludwig II, shy by nature, wanted a place to hide away from the public eye. It seems ironic, then, that the castle is now visited by more than 1 million people every year. That shouldn’t come as a surprise, though. The castle is a magnificent example of romanticist architecture. The whole structure bears a strong influence of the king’s taste, who took a major interest in the building of his hermitage. The interior of a castle is a symphony of different architectural styles that abound in splendor. Even though Ludwig II was a lover of the Medieval Times, he incorporated into his castle many of modern facilities, such as hot air central heating. His ideas were very innovative for his time. What’s also interesting was his choice of scenery for the castle. The Neuschwanstein is located on the rock, from which you can admire spectacular views of the Alpsee lake and the surrounding hills. 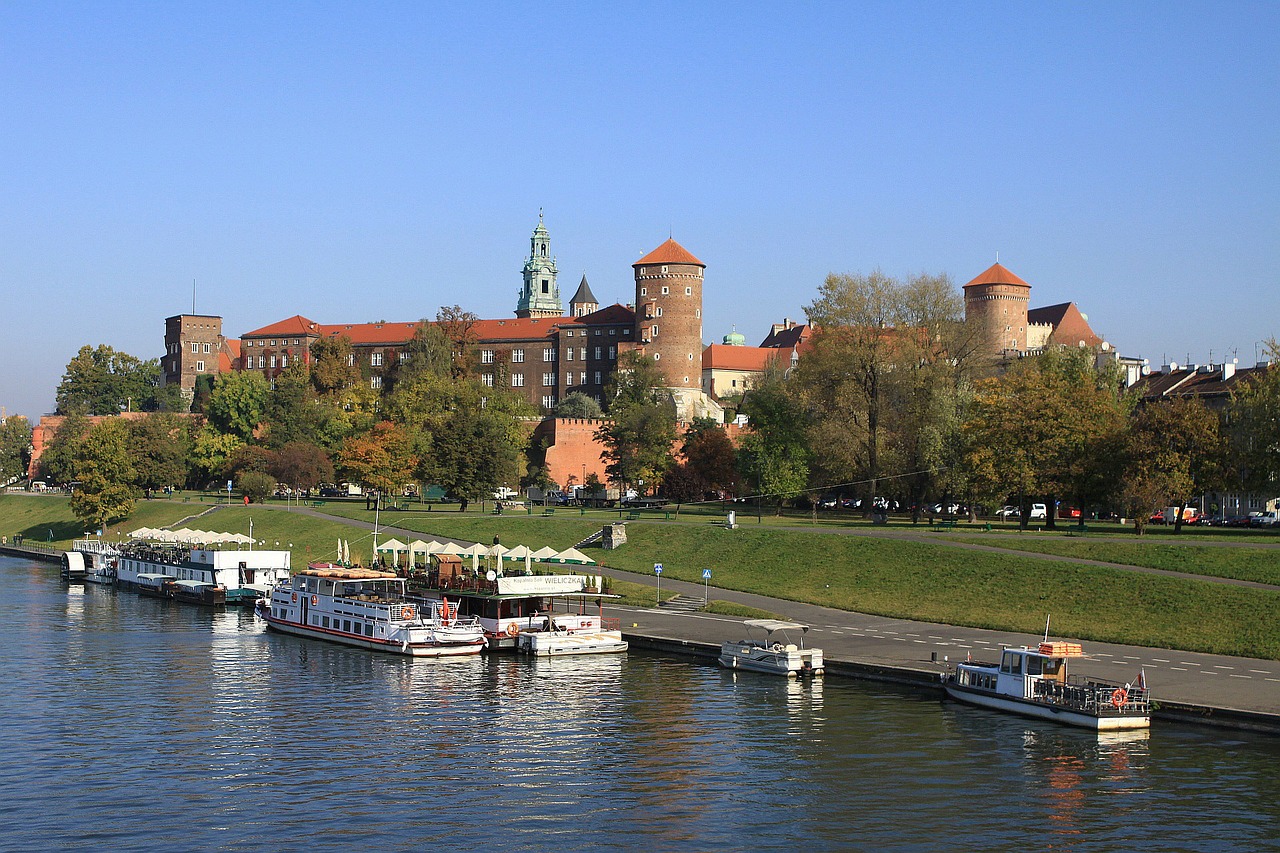 The Wawel Royal Castle is a former residency of Polish kings. Situated in Krakow, the Wawel Castle was built at the behest of King Casimir III the Great. The Wawel Castle is the first UNESCO World Heritage Site in the world! No wonder that it’s one of the most popular tourist attractions in Poland. By many it is believed to be the most important historical site in the whole country. The castle has a very unique structure. Its design represents almost all European styles of medieval, renaissance and baroque periods. The complex consists of many buildings and fortifications including the Cathedral, Silver Bell Tower, and Sigismund’s Chapel. Nowadays the Wawel Castle enraptures not only with its intricate architecture, but also art collections presented inside. Part of it was transfigured into an art museum that holds works of the most prominent artists in the Polish history. As far as location goes, the castle is situated beautifully on the hill upon the Vistula River, which makes for a breathtaking mixture of architecture and scenery. 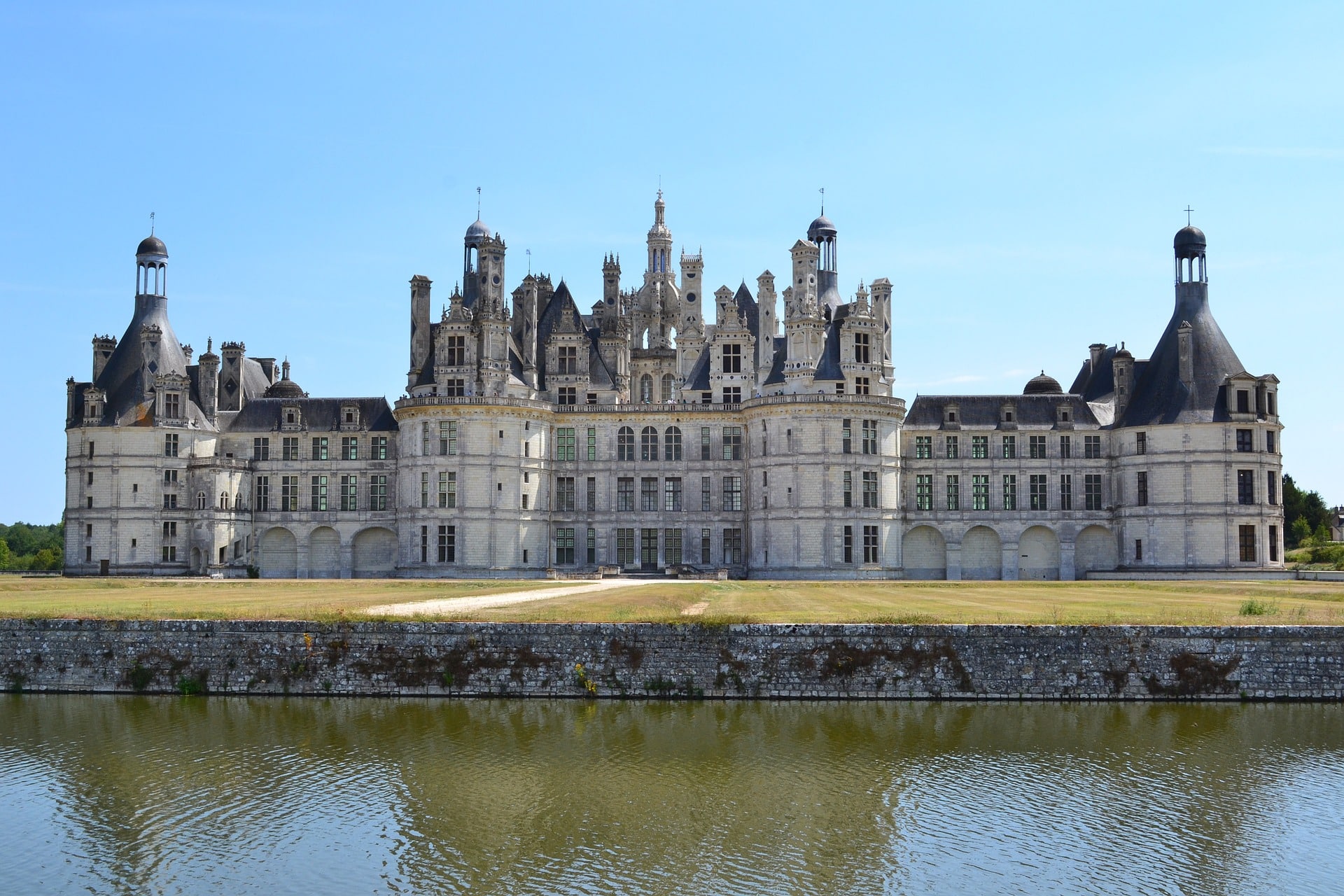 Château de Chambord is one of the most prominent examples of the French Renaissance architecture. Its mixture of traditional French medieval forms and classical renaissance structures makes for an exquisite architectural site and one of the most beautiful castles in the world. The chateau was built as a hunting lodge for king Francis I. It is unknown who designed the building, but some accounts say it may have been Leonardo da Vinci.  Others believe that it was king Francis I himself. One way or the other, the construction of the building began in 1519, though the work was soon stopped by the Italian War of 1521-1526. Today it is visited by thousands of tourists each year. Its main façade, blending in with the larger structure and roof with many towers makes the castle instantly recognizable. The Château de Chambord has further influenced a number of architectural and decorative elements across Europe. Its beautiful style and magnificent size will undoubtedly charm anyone and make you feel like royalty yourself! 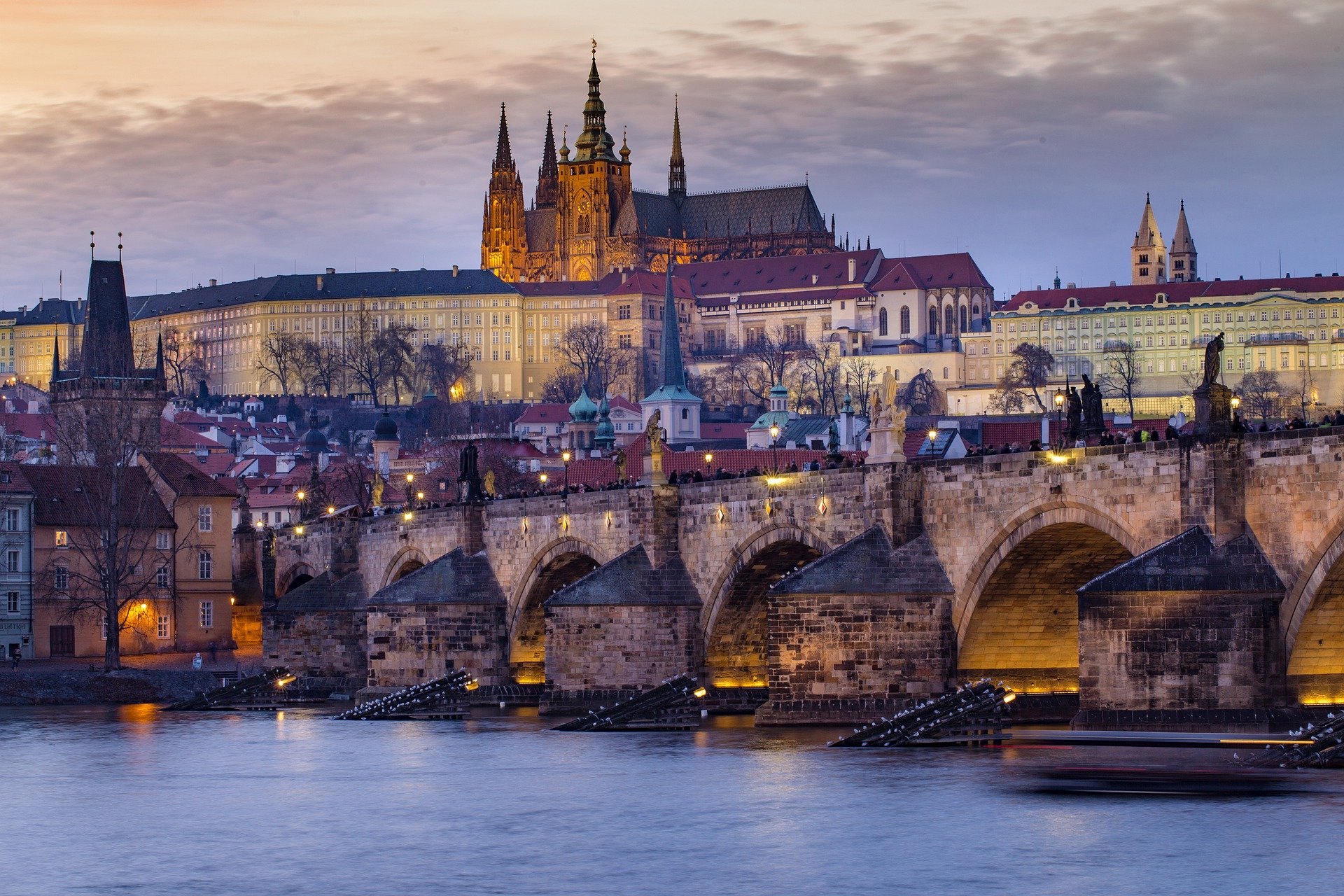 Prague Castle is a 19th century palace complex in the center of Prague, the capital city of Czech Republic. The building is considered the largest ancient castle in the world! No wonder that it is visited by almost 2 million tourists every year. The castle represents many architectural styles, such as Bohemian baroque and mannerism art. It consists of multitude of chapels, palaces, churches, towers, halls, and gardens. Historical buildings include Old Royal Palace, St. Vitus Cathedral, St. George’s Basilica, Golden Lane and Great South Tower. Together the constructions create one of the most beautiful castles in Europe! 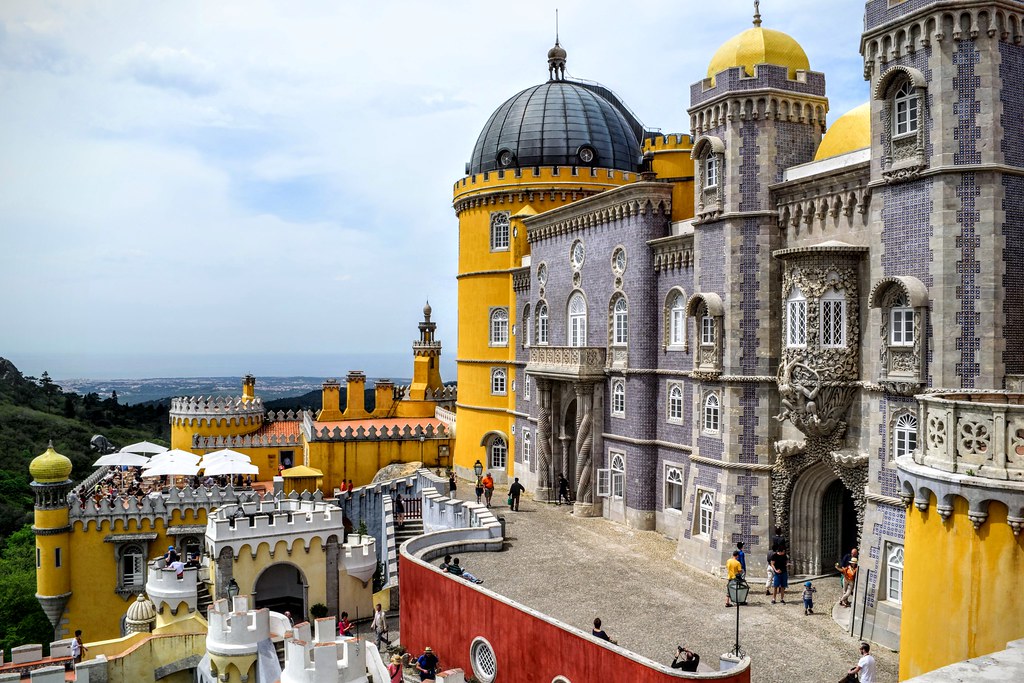 Pena Palace or Palacio Nacional da Pena is a 19th-century Romanticist castle. Its colorful architecture and picturesque scenery make it one of the most popular tourist attractions in the entire country. In fact, by many it is believed to be the prettiest castle in Europe. Standing on the top of a hill in the Sintra Mountains, the Pena Palace has a mixture of colors and styles. Its eclectic architecture includes elements from Neo-Gothic, Neo-Manueline, Neo-Islamic and Neo-Renaissance. The origins of the castle can be dated back to the Middle Ages, when it was just a small quiet place for meditation. After many natural catastrophes, monastery was rebuilt and transformed into the beautiful castle we know now. The interiors were shaped to serve as the summer residence of royal family. Their beauty and colors are just as astounding as those of the outside structure.

Europe is abundant with stunning castles. The list above contains a couple of the most beautiful ones. Check them out during your next trip to the old continent!