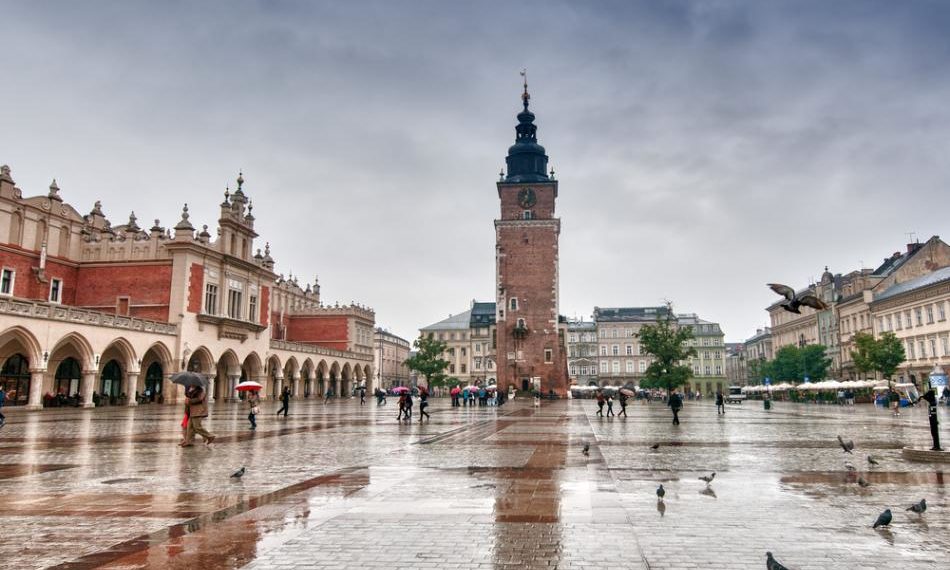 Krakow Town Hall Tower, situated in the western part of the Krakow Main Square, is the only remaining part of the once existing Town Hall. The Tower was once surrounded by adjoining buildings, such as a granary, a prison and a torture chamber. 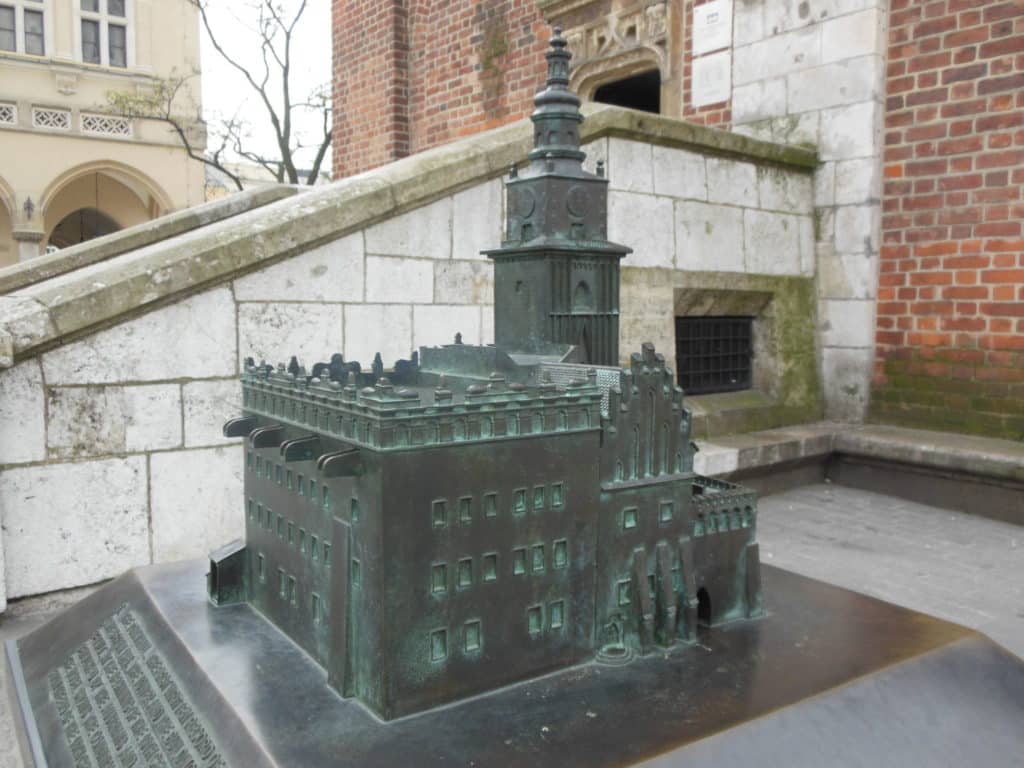 Model of the once existing Town Hall building with the Tower

Krakow Town Hall was built at the turn of the 13th and 14th century. It was Gothic in style and richly decorated. The Town Hall consisted of a complex of several buildings adjacent to each other. The south-eastern part of the complex was occupied by the Tower. In the space between the Town Hall and the Tower, there was an inner courtyard, closed on the other two sides by the wall with the gallery for the guards and adjacent to that was a prison. From the north side, the Town Hall was connected with the granary. The main entrance to the Town Hall was located on the side of the Cloth Hall. Above the gate, there were three stone shields with emblems of the Kingdom of Poland, the Grand Duchy of Lithuania and the city of Krakow.

At the very beginning, the Tower was topped with a Gothic helmet with a clock. In 1524 a new clock, imported from Nuremberg, was installed. In 1680, as a result of a lightning strike, the fire burst out in the tower, that resulted in the fell of the Gothic helmet and destruction of over a half of the tower. The reconstructions were led between 1683 and 1686. A new, impressive Baroque helmet was installed, that survived only until 1783. By that time the helmet was already raddled and was replaced by a more modest one, founded by the king Stanislaw August Poniatowski and remains in place until today.

In 1817 the city council decided that the no longer needed granary in the Town Hall should be demolished in order to bring more space to the Main Square. Soon also other buildings were torn down and only the Town Hall Tower remained preserved. 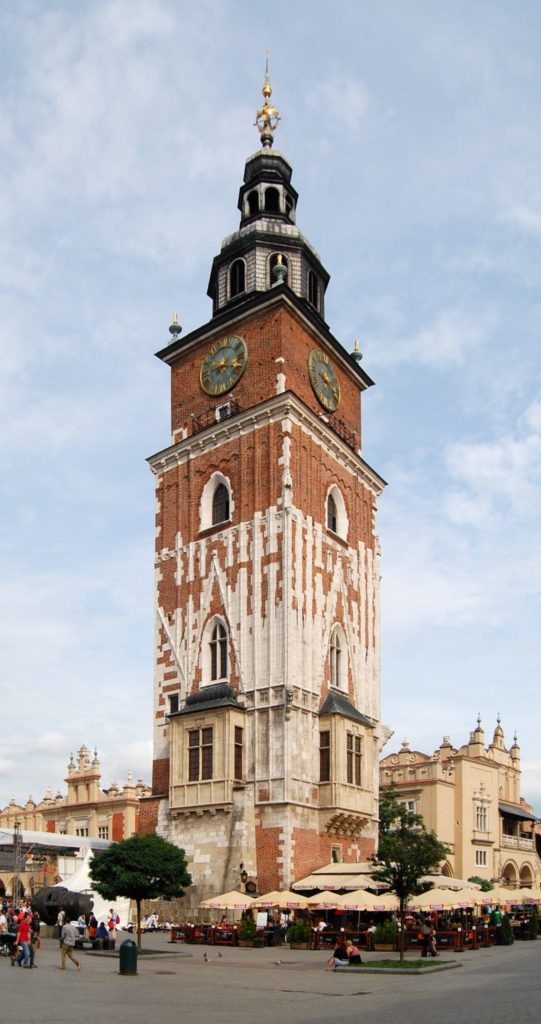 The Town Hall Tower is today one of the focal points on the Krakow Main Square. Inside, a branch of the Historical Museum of Krakow was established. The interiors serve as a reminiscence of the once Town Hall chambers.

The upper rooms of the Tower are accessible by a narrow stone staircase, located by the massive wall. The spacious hall on the first floor is one of the most beautiful Gothic interiors in Krakow. Thanks to restoration work, beautiful cross-ribbed vault, the remains of polychrome and gilding are visible. By the walls, there are stone benches that are used today as a display of preserved stonework details.

The room on the third floor serves as an exhibition hall. On the display there are charming archival photographs by Ignacy Krieger, Henry Hermanowicz and Stanislaw Kolowcy, presenting the Main Square at the beginning of the last century.

From the highest floor, visitors can admire a wonderful panoramic view of Krakow. Additionally, in the middle of the deck, there is an old clock mechanism that visitors have the opportunity to examine from inside. The mechanism of the clock is controlled by radio waves receiving the signals from the transmitter in Mainfligen, which gives it the accuracy of the atomic time standard. In the event of a power failure, the clock stops and sets back automatically to the correct time when the power is back on. Also, the clock sets a time change itself in accordance with daylight saving time.

* Last admission: 30 minutes before the closing time.
** The Tower is closed on every first Tuesday of the month.