According to local tradition, Benedictine Abbey in Tyniec near Krakow was founded in 1044 by Polish prince Casimir I the Restorer. As the Polish state was very young at the time and after a deep crisis, the Benedictines were to support the reconstruction of Church and state. The monastery was built on a hill right on the banks of the Vistula river that served as a natural fortification. Initially, wooden buildings dominated on the hill, but in the second half of 11th century, a several stone buildings were erected, amongst which a three-aisled Romanesque basilica. Fragments of it have survived to modern times. 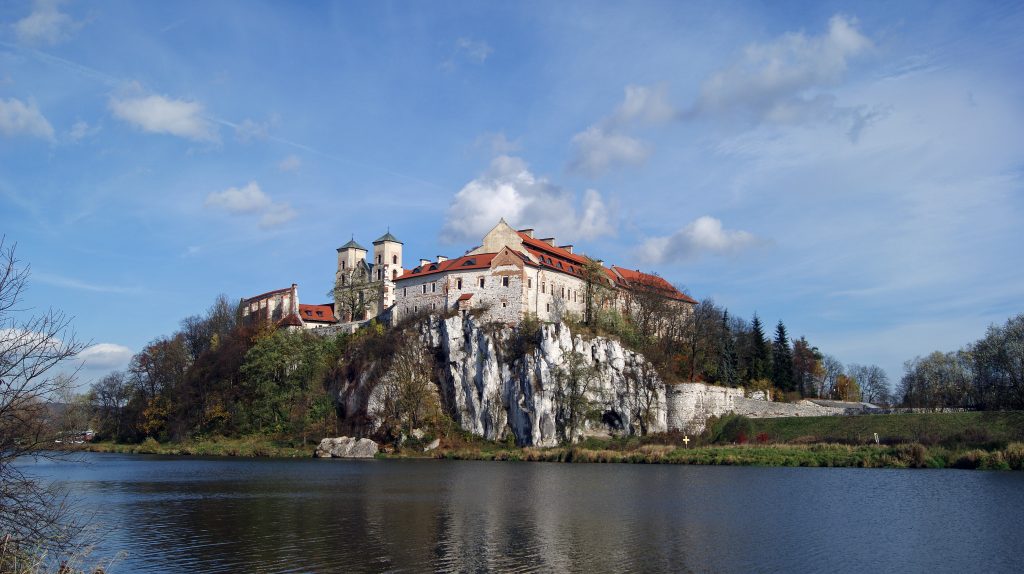 In the first half of 13th century the monastery was surrounded by a stone wall and a ring of fortification towers. This defence system, however, turned out to be insufficient in the face of the Tatar hordes, which in 1260 invaded the monastery and plundered it.

The 14th century brought stronger fortifications and a permanent crew was placed in the monastery. Also a fortified castle was built, that acted as the royal stronghold of the southern state borders. Benedictine Abbey lost its strategic importance with the changes of  the Polish state in the 14th and 15th century.

The abbey was rebuilt during the 15th century in the Gothic style, as well as it was expanded in the southern and western part of the hill. Also the church was enlarged by three aisles and a choir. It remained the heart of the monastery complex. 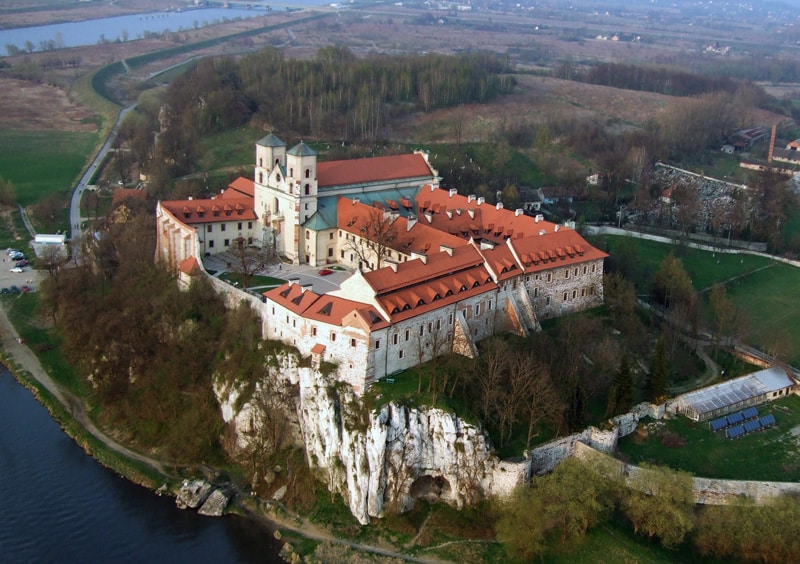 The 17th century brought devastation to the abbey, caused by the Swedish invasion and occupation. Soon, however, the monastery was rebuilt and decorated in Baroque style, surrounded by new walls and reinforced by modern bastions. During this period, a huge monastery library was created. The church received decoration in the Rococo style, including beautiful black marble altars carved by Italian artists.

Destroyed during the first Partition of Poland, Benedictine Abbey went into the hands of the Austrians and was abolished in 1816. The collapse of the monastery was sealed with the fire that in 1831 destroyed vast part of the buildings. As a result, they have been abandoned, and the whole complex soon fell into disrepair.

For  more than a century, the abbey remained uninhabited. Only in the last days of July 1939, a month before the outbreak of World War II, eleven Belgian monks moved into the monastery.

Restoration of the monastery began in 1947, and the process was difficult due to postwar reality. The work was completed only on the threshold of the 21st century. Archaeological excavations conducted in the 1960s revealed, among others, foundations of a Romanesque church and the graves of the first abbots. Last stage of the work was the reconstruction of the former library.

The Benedictine Abbey in Tyniec today combines a still functioning monastery with the influences of tourism and business. However, there is a clear division between a part open to the public and the part available only to the monks. Housed in the beautifully restored former library is a museum exhibition. It presents mainly monuments connected with the history of the monastery – including archaeological artefacts, Romanesque architectural details, prints and manuscripts, liturgical objects. The Benedictines also run the Cultural Institute and the guests house. In the Abbey it is also possible to buy renowned Benedictine products, manufactured accordingly to traditional monastic recipes.

Visit the Benedictine Abbey in Tyniec

Tyniec was for centuries a village separate to Krakow, but it was incorporated into the city in 1973. The Benedictine Abbey is located only 12 km from the Krakow Old Town.