Academy of Fine Arts in Krakow

Beginnings of the Academy

The Academy of Fine Arts in Krakow was established in 1818. Initially, it functioned under the name School of Drawing and Painting as a  subdivision of the Department of Literature at the Jagiellonian University. It gained full autonomy in 1873 as the School of Fine Arts.

The first president of the School was Jan Matejko, a revered Polish painter, representant of the historicism in art. The main building was erected in 1879 at the square today known as Matejko Square. 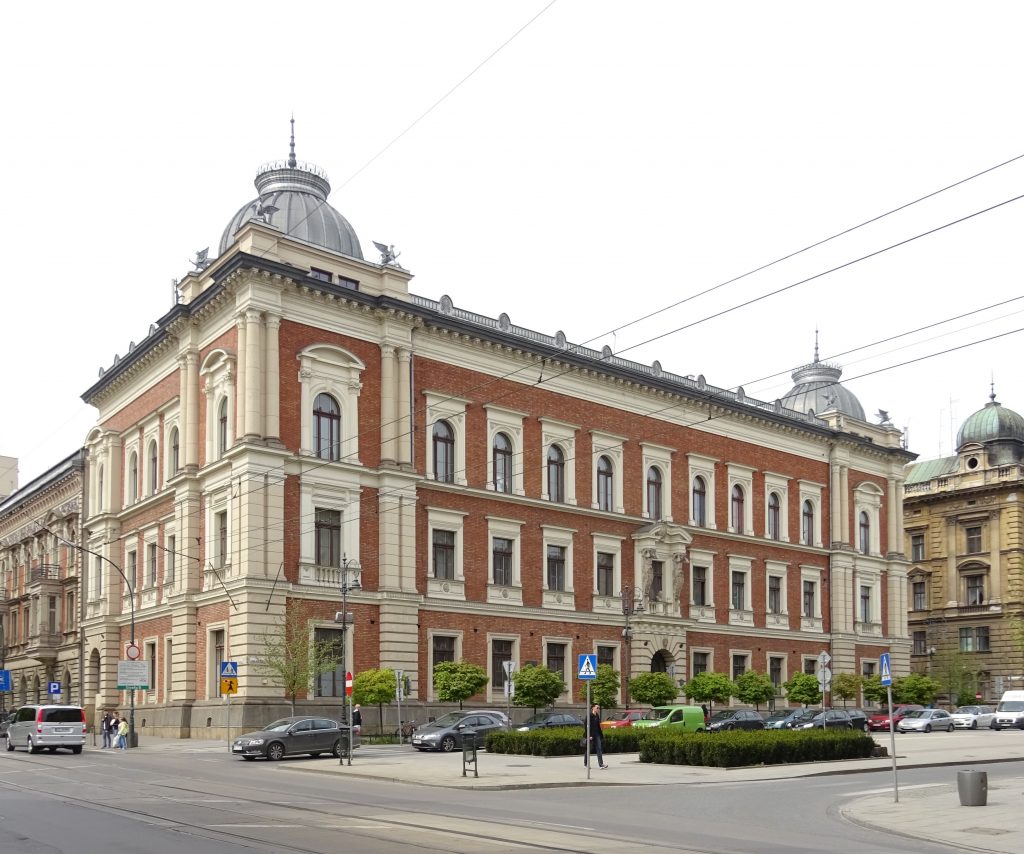 Another important date was the year 1895 when the School welcomed a new president, Juliusz Falat. The greatest merit of Falat’s time as president was changing the School of Fine Arts into the Academy of Fine Arts in 1900. Falat appointed the greatest artists of the Young Poland period as professors: Jacek Malczewski, Leon Wyczolkowski, Jan Stanislawski, Teodor Axentowicz, Stanislaw Wyspianski and Jozef Mehoffer. In 1905, Julian Falat became the first rector of the Academy of Fine Arts in Krakow.

After Falat’s chairmanship ended, most of the professors he appointed, who were the most important Polish artists of the time, subsequently replaced him as rectors of the Academy.

In 1918, the Academy of Fine Arts celebrated a hundred years of work. It was a year, when Poland regained independence, what added symbolism to the jubilee. An interesting connection is also a fact, the first Prime Minister of Poland was Jedrzej Moraczewski, son of Maciej, an architect who designed the building on Matejko Square.

In the 1920s, a students’ initiative functioned at the Academy, the Paris Committee (in Polish Komitet Paryski, usually abbreviated to “Kapist“). It was a movement that focused on sending art students to Paris, where they developed their talent under the eye of Jozef Pankiewicz, a mentor of young Polish artists. One of the students was a Jozef Czapski, who later created a Polish artistic circle in Paris.

After World War II, the Academy was merged with the University of Fine Arts. In 1950–1956 it operated under a name of Academy of Plastic Arts. On the 100th anniversary of functioning as Academy, in 1979, it was given a name of Jan Matejko.