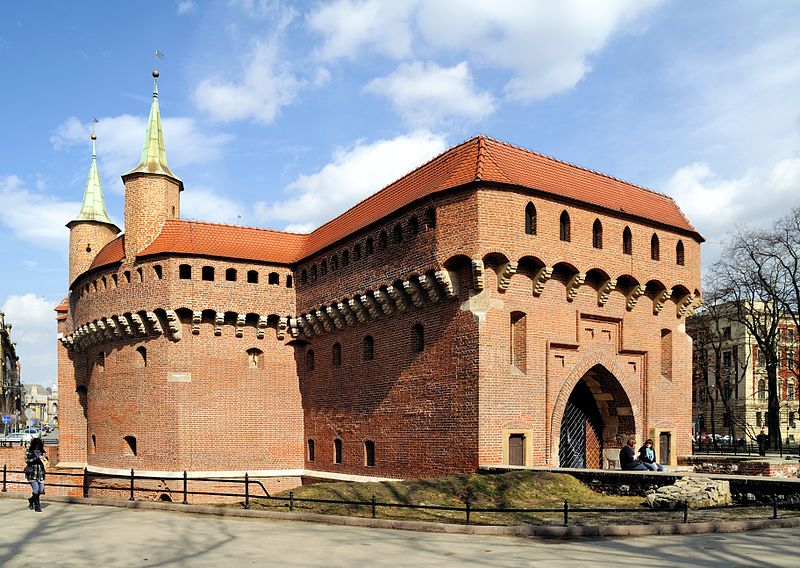 The Krakow Barbican is a relic of the medieval fortifications that once encircled the Old Town of Krakow. It is one of only three such fortified outposts preserved in Europe.

The Barbican was built in 1498-1499 as a protection of the northern section of the fortifications. The latest achievements of medieval fortification were implied with the construction of the Barbican. It was connected with the St. Florian’s Gate by the so-called “neck” – a double wall, empty inside. On the three floors of the Barbican, there were 130 embrasures and seven turrets that were perfect observation points. A circular structure of an inner diameter of 24.4 meters had walls of 3 meters thickness. Such walls were an impregnable barrier for invaders. They were also resistant to artillery fire. Around the fortress, a moat stretched out for over 3 meters deep and a width of up to 26 meters.

According to the latest findings of historians, Barbican was never conquered. With the changes that had occurred in the siege warfare in the early 19th century, the building became less useful. There were plans to demolish it, but fortunately, only a neck connecting it with the St. Florian’s Gate was torn down. 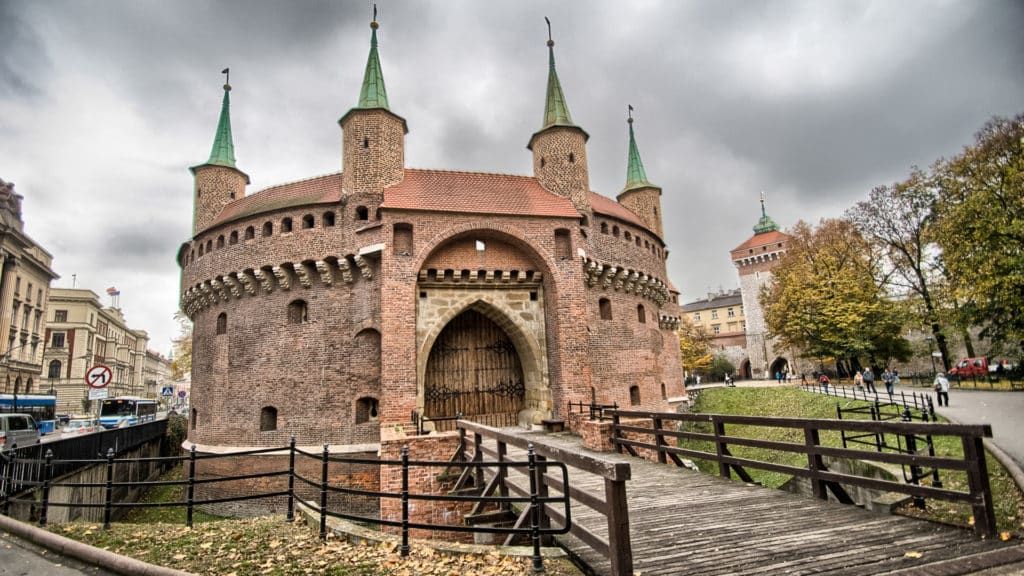 Barbican was situated on the Royal Road. It routed from the St. Florian Church, through Barbican, St. Florian’s Gate and Main Square to the Wawel Royal Castle. It was a route used for coronation marches, funeral processions for Polish kings, celebratory parades of honoured guests, etc. Throughout history, Barbican saw entrances of national heroes and leaders being welcomed by citizens of Krakow.

The Krakow Barbican is located near the St. Florian’s Gate in the Planty Park, which was established in the place of the liquidated moat. The Barbican can be admired all year long from outside.

Inside of the Barbican, there is a branch of the Historical Museum of Krakow, dedicated to warfare. It is used as an exhibition space and as a sports arena (e.g. for the championships in fencing). Also, historicised knight fights and court dances are organised there.