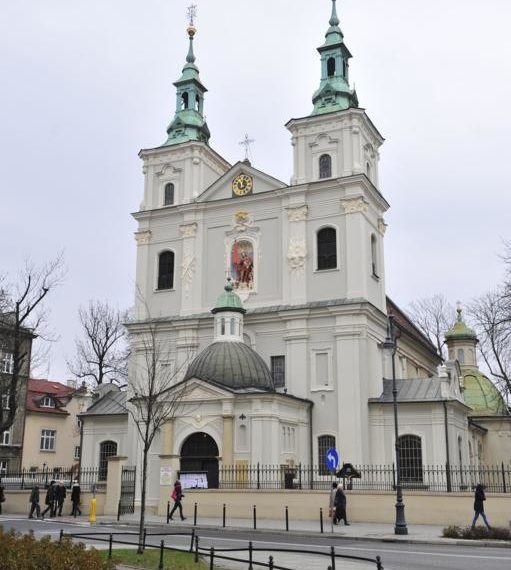 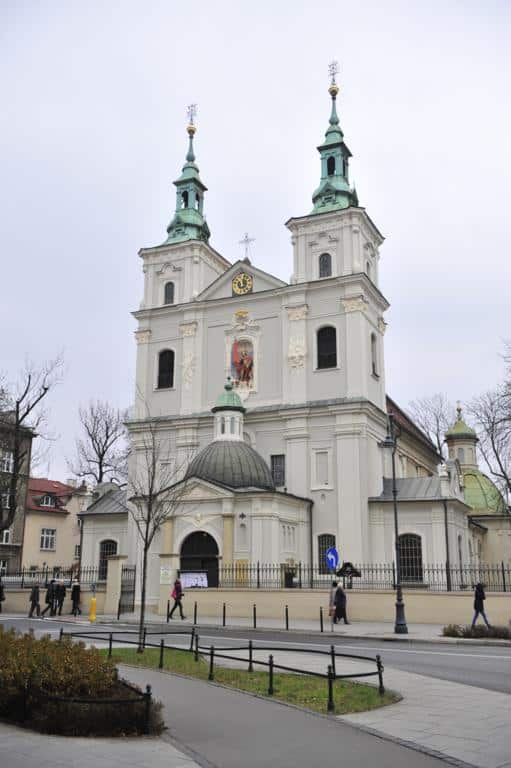 The Collegiate Church of St. Florian, commonly referred to as St. Florian’s Church, is a historic church named after the saint patron of Poland. The edifice is located in the corner of the Matejko Square and marks the beginning of the Royal Road.

Location of the church is connected with the legend of bringing the relics of St. Florian from Rome to Poland. According to tradition, in 1184, oxen carrying the remains of the saint came to a halt at a place where the church now stands. They did not move until it was decided that a temple dedicated to St. Florian would be established. The church was built at the exact spot, where the oxen stopped. What is interesting is the fact that the martyr had had nothing do with Poland before his relics were brought to Krakow. Krakow needed a saint for political reasons, in order to reaffirm its role as Poland’s capital.

The original church was built between 1185 and 1216. At that time, it was one of the oldest Romanesque churches in Krakow. The church was located in the centre of the northernmost trade settlement, neighbouring to Krakow. The town expanded around the church and in 1366 it was granted a location privilege by King Casimir I the Great as an independent city, initially known as Florence (Polish Florencja, after its centrally located St. Florian’s Church), later as Kleparz. 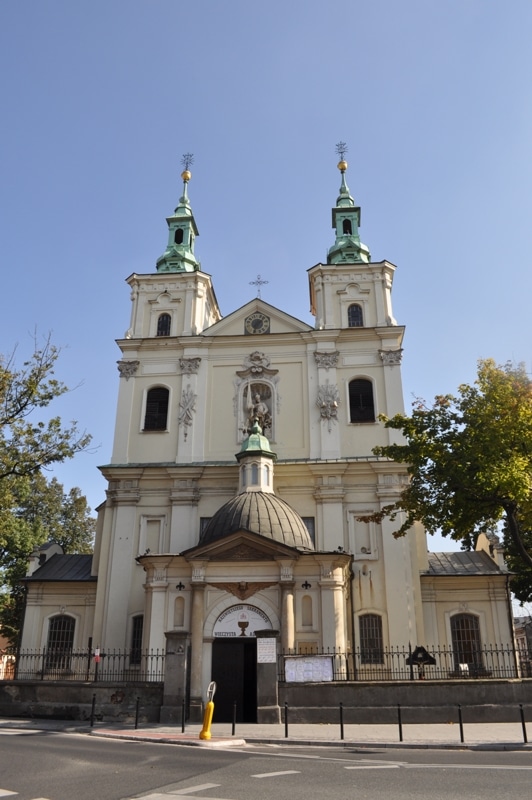 The church burnt down many times during the 12th, 16th and 17th centuries. In 1528  the city-wide fire which consumed a considerable part of Krakow and Kleparz. The church, however, containing St. Florian’s relic, remained untouched by the fired. It was considered a miracle of St. Florian since he has been revered as a patron saint of firefighters and chimney sweeps.

The church’s present appearance is the result of 17th-century reconstructions. Thorough refurbishments between 1657-1684 turned the church into a Baroque edifice. In the next century, after another fire, the renovation was carried out once again. In the early 20th century, the last modernisation of the church was conducted. 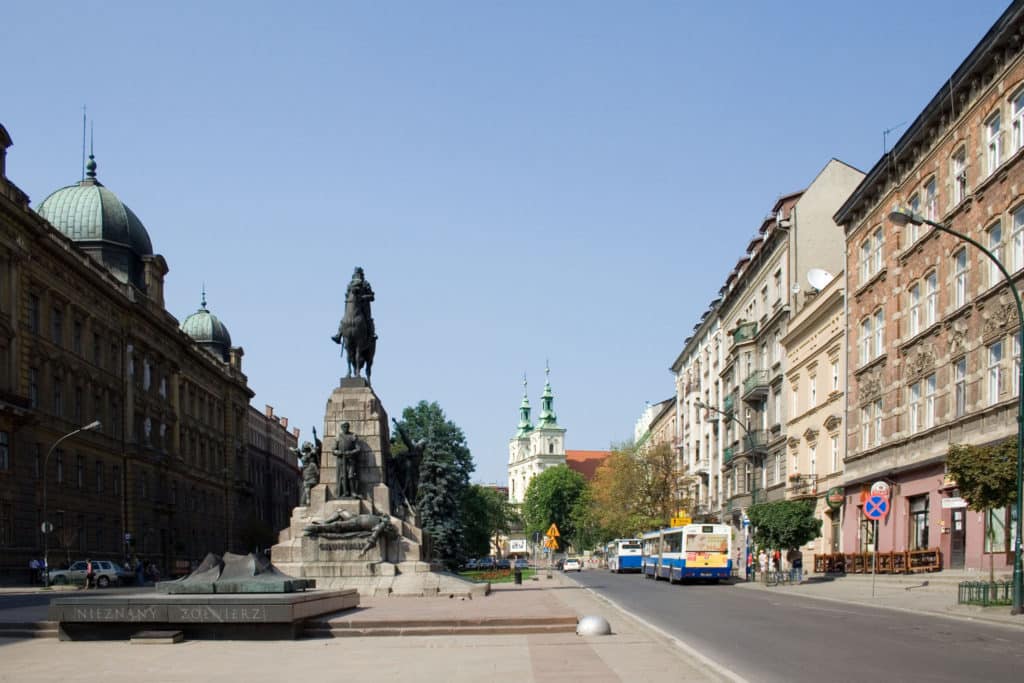 St. Florian’s Church was situated at the beginning of the Royal Road. This route led through the Barbican, St. Florian’s Gate and the Main Square and ended in the Wawel Castle. For centuries, celebratory parades, coronation marches and funeral processions were conducted on that route. In the church’s thresholds kings, bishops, national heroes, and distinguished guests were greeted by church elders and town officials.

From the 16th century until the end of 18th century, St. Florian’s Church had been the University Collegiate. It meant that when the coronation route began, the rector of the Senate of the University would welcome the new king.