Hersz Bauminger was an activist of Jewish resistance movement during the Nazi occupation of Poland. He was born in 1919 in Krakow in a Jewish family, his farther Szymon was one of the leaders of syonistic-orthodox party Mizrach. During his teenage years Hersz was a member of Haszomer Hadati, youth organization of religious scouts, later he joins more radical organization, called Haszomer Hacair.

In 1939 he was called up to the army and fought at September Campaign. After its failure he found himself on the territory occupied by Soviet Union. First he worked as a driver in Stanisławów, after the 22nd of June 1941 as a sergeant of Soviet Army he was fighting at the Ukrainian front, felt into German captivity close to Kharkiv, but managed to escape. Pretending to be Ukrainian he walked from Kharkiv all across the country to Lviv and then to Krakow. He broke into Krakow Ghetto and immediately joined the conspiracy movement. His friends helped him to get  a job at a German garage, so he was able to legally leave the territory of ghetto. He became a leader of the Jewish Fighting Unit which, together with Jewish Combat Organization, were fighting against Nazi occupation, organizing sabotages, liquidating collaborators and informants, setting on fire store-houses and garages of occupants, derailing trains, attacking German soldiers and police to equip the resistance in weapon.

At the end of February 1943 he was surrounded by Gestapo in one of his shelters at Prądnik Biały. According to one version he managed to kill himself before being arrested, according to other version he was executed in Montelupich prison. 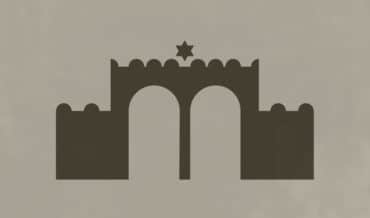 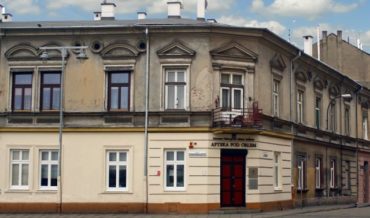 The Eagle Pharmacy
The Eagle Pharmacy was founded by Jozef Pankiewicz in 1909. From the very beginning it was located in the corner building at 18 Little Market Square in Podgorze, then a separate city. When Podgorze was incorporated as a district of Krakow, the address was changed into Zgody Square. It was the fourth