Malopolska is recognised as the cradle of Polish statehood. Krakow has always been the capital city of the region. It was at the end of the 8th century when the first rulers of these then still primitive lands settled at Wawel Hill. It had been the seat of Polish monarchy for the next eight centuries and the development of the region sprung to create the Kingdom of Poland. 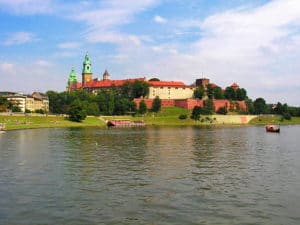 Historically, Lesser Poland region was very important as the seat of the monarchy was in Krakow. The nobility of Malopolska was very wealthy and influential. At the beginning of the 17th century, the capital of Polish Kingdom was moved to Warsaw and Malopolska was no longer the centre of the political life and administration. However, Krakow has always been considered “the city of kings”. Lesser Poland region is where modern-day Poland has its roots.

In the 19th century, the vast majority of the region was incorporated into the Austrian Empire as a result of the partitions of Poland. The incorporated lands were named Galicia. With time it received some autonomy unlike in other Polish lands under foreign rule. This allowed the region to take a stand in the name of Polish independence. On the other hand, desperate situation in the countryside forced massive immigration, mainly to the United States but also to Brasil and Canada.

Interwar Poland faced multiple problems and Lesser Poland suffered from poverty and unemployment. During that time the region had to deal with underdevelopment, the result of 123 years of oppression. Parts of the region that were incorporated into Austrian Empire had to be connected with the rest of restored Polish state. This task proved very difficult and the lack of the direct link to the eastern parts of Poland is still visible today. In the late 1930’s, Lesser Poland was quickly changing, mainly because of fast development of steel industry and aviation, but also culture and science.

During World War II, Malopolska was oppressed just as much as other Polish provinces. The countryside of Lesser Poland saw devastation and cities were brutally occupied. The Nazi government in Lesser Poland organised massive deportations of Jews, living in Poland for centuries. Death camps created in Oswiecim (Auschwitz-Birkenau) and Plaszow were created. The communist rule that came after World War II for Lesser Poland meant investments in the heavy industry. In many cities, factories and steelworks opened, with Nowa Huta near Krakow being the symbol of communist utopia. 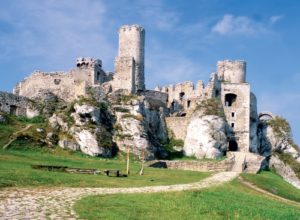 Malopolska lies at foothills of Karpaty Mountain. In the south of the region, there are several beautiful mountain ranges such as Tatra Mountains. The north of the region is defined by Polish Jurassic Highland full of unique limestone rock, cliffs, and valleys. In the northern parts also Swietokrzyskie Mountains are located, some of the oldest mountains in Europe. In the east, the landscape is much more low and rolling and extends to the border with Ukraine. 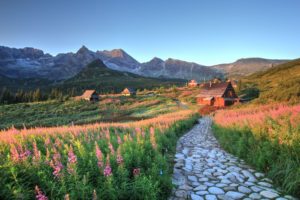 The southern part of Malopolska region is occupied by Tatra Mountains

Almost the entire region is located in the Vistula River basin. The most picturesque southern parts are in Dunaj river basin. It is the range of Pieniny Mountains, home to numerous spa resorts where mineral water sources are found. The region is also rich in other minerals, with examples like Wieliczka and Bochnia, famous for their centuries-old tradition of salt mining.

Krakow is the capital of the region. It called the city of kings as Wawel Royal Castle had been the seat of Polish monarchy for centuries. The third biggest city in the region is Czestochowa, the biggest pilgrimage centre with the miraculous image of Black Madonna. Smaller cities include real treasures of the region, such as Zakopane in Tatra Mountains, Wadowice – the birthplace of Pope John Paul II and Wieliczka – home of the world-famous salt mine.