Centre of Japanese Art and Technology

The Manggha Museum was established as the Manggha Centre of Japanese Art and Technology, on the initiative of revered Polish film director, Andrzej Wajda and his wife, Krystyna Zachwatowicz. In 1987 Andrzej Wajda was awarded prestigious Inamori Foundation Kyoto Prize for his artistic work and decided to donate the prize to establishing the Krakow-Kyoto Foundation. Andrzej Wajda’s initiative was inspired by the director’s long interest in the Japanese culture. In 1944, young Andrzej Wajda saw the exhibition of Feliks Jasienski collection organized in the Krakow’s Cloth Hall and became fascinated by Japanese art.

As a result of the contribution of eminent personalities from the world of culture, politics and business, as well as the government of Japan, and with help of the authorities of Krakow, the Manggha Museum opened in 1994. At the opening ceremony, Polish President Lech Walesa was present accompanied by honoured guests from Japan, Prince Takamado and his wife. For ten years it had been a branch of the National Museum in Krakow. In 2005 the Manggha Museum became an independent cultural institution. It remains the largest institution promoting Japan’s culture in this part of Europe. 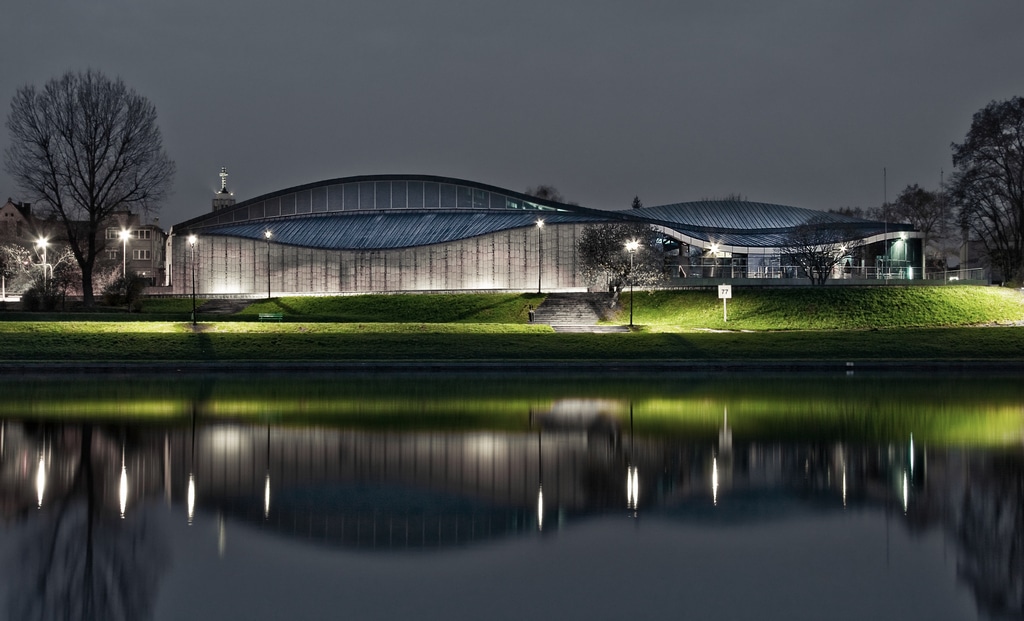 The building of the museum was designed by celebrated Japanese architect, Arata Isozaki, who donated the design to the Foundation. The building combines elements of the Japanese and Polish architecture. The walls are finished with Polish sandstone. Internal structures of wood and brick also refer to the Polish constructing style. The composition and colour scheme of the interior are references to Japanese architecture. The roof that imitates the intersecting waves, on the one hand, fits the building located on the riverbank of the Vistula River. On the other hand, it is associated with an oceanic wave depicted on the woodcut by Katsushika Hokusai The Great Wave at Kanagawa. This artwork is a part of the collection of woodcuts titled Manggha, one of the most valuable exhibits in the museum

The Manggha is a headquarters of the National Bonsai Club. A shop selling miniaturised bonsai and Japanese porcelain is located in the museum’s lobby. Japanese garden with cherry trees and a bamboo grove was created nearby the museum. In the middle of the garden, there is a pavilion, where ceremonies of the traditional tea-making are held. In front of the building, a decorative pool is located with a sculpture gifted by the prominent Japanese artist, Aiko Miyawaki.

The core of the museum comprise of the collection of Feliks Jasienski. He was a collector and promoter of Japanese art and culture in Poland, author of essays titled Manggha (from the famous series of woodcuts by Katsushika Hokusai). The collection of over 6500 of Japanese artworks and was donated to the National Museum in Krakow in 1920. It generally was not displayed for many years due to the lack of specific exhibition space. Thanks to establishing the Manggha Museum this magnificent collection was shown to the public. 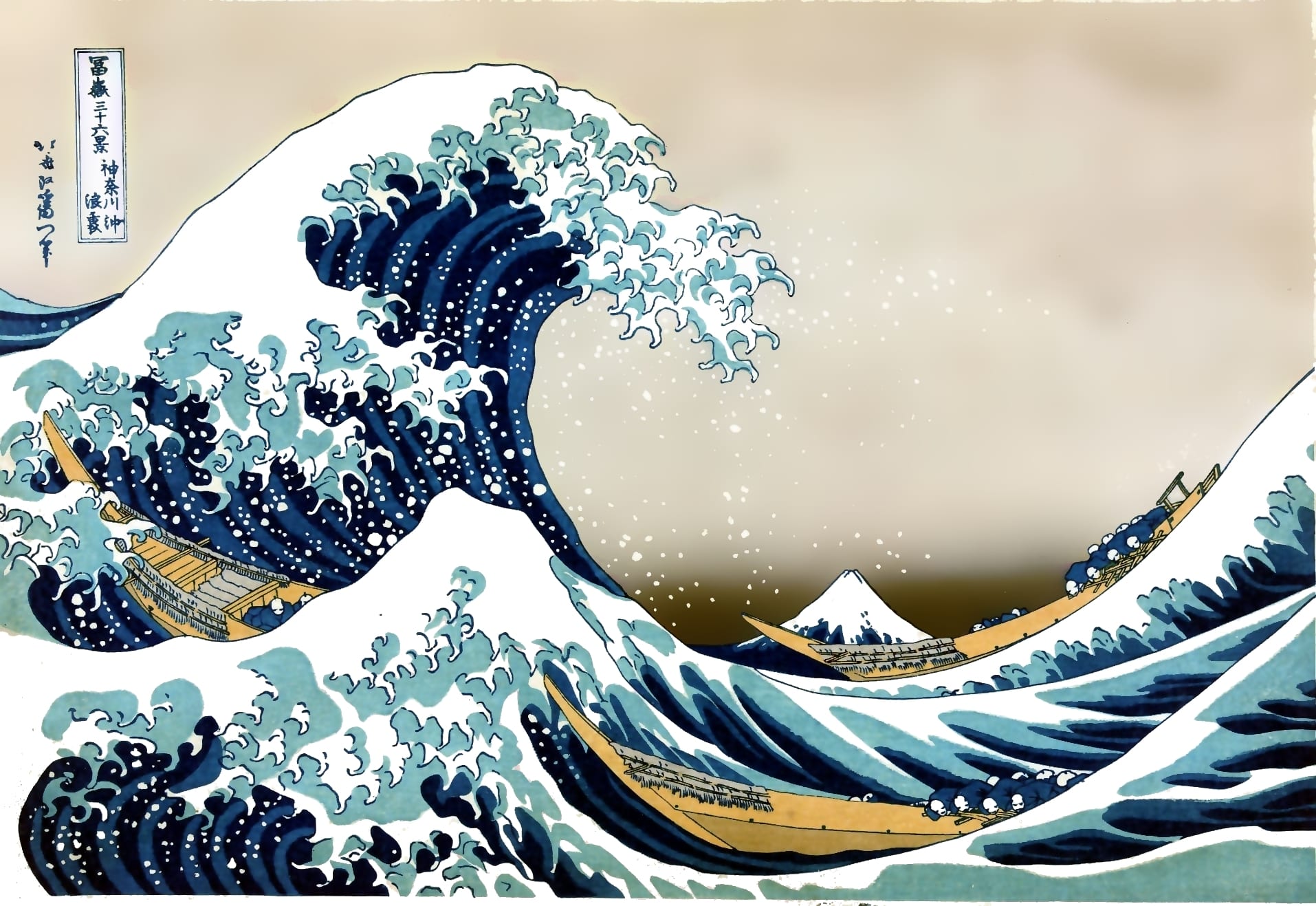 Today’s collection has expanded significantly. It comprises mostly contemporary art – Japanese, Korean and Polish paintings, sculptures, installations, photographs, drawings and watercolours, prints, and artists’ books – as well as objects of decorative art. All items in the museum’s collection were acquired by the Kyoto-Krakow Foundation or were gifts from artists, collectors and other friends of the Manggha Museum.

The most numerous part of the collection are woodcuts with portraits of women, landscapes, images of flowers and birds, battle scenes. Other Japanese artworks include small ivory and wooden statues, miniature sculptures netsuke, beautifully decorated jewel cases, bronze vases, candlesticks, ceramics, and textiles. Among military the famous samurai katana swords can be found as well as steel armours.

The museum regularly organises temporary exhibitions. The most popular ones are the exhibitions of Japanese modern technology, motorisation, robots, etc. The Manggha Museum combines functions of a traditional museum institution with an active cultural centre. It organises concerts, performances of Japanese theatre groups, performances of butoh dance and martial arts of kendo and aikido. In the museum a school of Japanese language is operating on a regular basis. Workshops of tea brewing, calligraphy, ikebana and origami are also organised.

The museum is closed on public holidays in Poland.