Saint John Kanty was a preacher, copyist and professor of theology at the Krakow Academy (Polish: Akademia Krakowska, which is now called the Jagiellonian University). He lived at the turn of the 14th and 15th centuries. He died in 1473 in Kraków. For 8 years he was the rector of the convent school in Miechów. In those years, and later, when he settled in Krakow, he was rewriting manuscripts and creating an extensive book collection. After Kanty’s death, this collection was donated to the Collegium Maius of the Krakow Academy. He later studied theology and became a canon at St. Florian’s Church. Already during his lifetime, some considered him holy. After his death, miraculous events took place at his grave.

Rate this post
Share:
Suggested
Suggested contents and articles.
Suggested Contents
Museum Żup Krakowskich in Wieliczka
Directly bordered by Krakow is a town older than the Poland. There has always been a human settlement near the local salt deposits, which gradually developed into a town – Wieliczka, in Old Polish Wielika. During the reign of King Casimir the Great, the city was surrounded by walls with 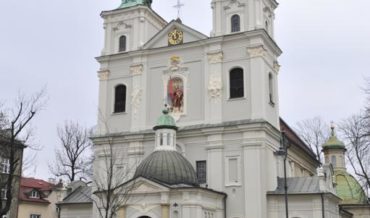 St. Florian’s Church
The Collegiate Church of St. Florian, commonly referred to as St. Florian’s Church, is a historic church named after the saint patron of Poland. The edifice is located in the corner of the Matejko Square and marks the beginning of the Royal Road. St. Florian Location of the church is connected