Benedictine monk living at the turn of the 11th and 12th centuries. It is unknown where he came from, and where he did his studies. Probably in 1111 Gall was at the court of Emperor Henry V, from there he traveled to Poland and began working in the office of prince Bolesław the Wrymouth. Chancellor Michał Awdaniec persuaded him to write a chronicle. Gall’s work “Chronicle” covers the history of Polish kings until 1113 and is the first work in our historical literature from which other historians, such as Wincenty Kadłubek, Jan Długosz, and Marcin Kromer, drew their information. The “Chronicle” consists of three parts. The first covers the history of the birth of Bolesław the Wrymouth, written 1112, the second dating from the same year covers the years 1086-1109, and the third (unfinished) presents the deeds of Bolesław the Wrymouth after 1109 and ends in 1113. The “Chronicle” was written in Latin, the first its printed edition was published in 1749 in Gdańsk, and in Polish translation entitled “Historia Bolesława III” in 1821 in Warsaw.

Rate this post
Share:
Suggested
Suggested contents and articles.
Suggested Contents
Christian Cemeteries in Krakow
Starting from 1257 cemeteries were located inside Krakow city walls and were connected to church parishes(St. Mary’s, St. Anna’s, All Saints etc.). To enter the church you usually had to walk through the cemetery that was surrounding the building. Those sentenced to death had to walk through the cemetery at
Korpal Michał Stefan
Korpal Michał Stefan was a sculptor born in 1854. He was the son of Michał Adam Korpal. For two years he studied sculpture in the studio of Edward and Zygmunt Stehlik, later he studied at the Academy of Fine Arts in Krakow. Together with professor Leonard Marconi, he worked in
Łowczego Palace
Located at 37 Kościuszki Street in Krakow, also known as the Hunting Manor, Pańska Karczma, the Palace and the Village Council. According to tradition, it was built in the first half of the 17th century on the site of the former royal castle. It was there that the kings living 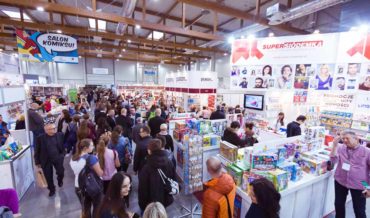 International Book Fair in Krakow
The largest book fair in Poland takes place every year in Krakow. Each edition brings together publishers, authors, booksellers, translators, librarians and literary enthusiasts. It is an opportunity to meet with favourite writers, make business contacts and encounter the latest literary trends. Since its first edition in 1997, International Book Fair in 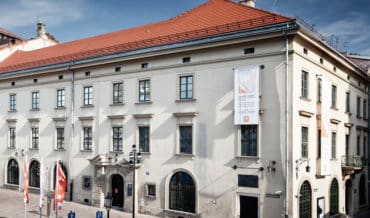