The Act of the Seym of 1550 allowed the nobility to purchase squares and real estate also in cities. As a result of this act, municipal real estate and suburban estates owned by the nobility or the clergy received judicial and administrative jurisdiction independent of the city, so they were subject only to the owner. Often, under the care of magnates, craft estates were created under the city borders, where many craftsmen were active who were not members of guilds, which allowed for practicing crafts without any charges. Such areas taken out of power, which were governed by their own rules, were called jurydyki. They weakened the city and contributed to its chaotic growth.

Wesoła was the first jury, and it was founded in 1639 by Katarzyna Zamoyska. They were formally abolished in 1791 by the “Law on Cities” and incorporated into the city of Krakow.

Rate this post
Share:
Suggested
Suggested contents and articles.
Suggested Contents
Krakow – city area and a bit of history
Have you ever wondered how big the Krakow is and, primarily, how its area has been changing over the years? Below you can find some answers. First noted in documents, area of the City of Kings was 0,8 square kilometre. Not much, right? Prime expansion of boundaries taken place until
Mister of Krakow
“Mister of Krakow” is the title that was awarded to the winning building in the competition for the most beautiful and functionally built house.The competition was organised by the editors of the “Echo Krakowa” newspaper in the years 1964-1981. The aim of the competition was to encourage the construction of 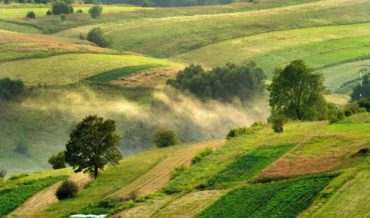