Kossak Jerzy was a painter and a son of the equally outstanding painter Wojciech Kossak. He was born in 1886 in Kraków. He attended the Cadet School. He often collaborated with his father – they painted pictures together and signed them together. He mainly painted battle, historical and hunting scenes. Horses, lancers and women were often manifested on his paintings. Sometimes he painted pictures commissioned by officers’ clubs or military units.

You can see his works  “Bitwa pod Piramidami” and “Portet Jordanowej” at the National Museum in Krakow.

Rate this post
Share:
Suggested
Suggested contents and articles.
Suggested Contents
Malczewski Rafał
Malczewski Rafał was a painter, writer and mountaineer. He was born in 1892 in Kraków. He is the son of Jacek Malczewski. He studied architecture, philosophy and painting in Krakow and Vienna. He became a member of the group “Rytm”. Malczewski painted mainly mountain and industrial landscapes. In addition, he 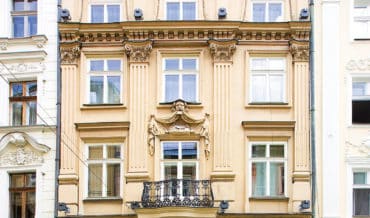 Jan Matejko House
Jan Matejko Jan Matejko was born in 1838 in Krakow into a mixed family with Polish, German and Czech roots. He was one of eleven children. His mother died, when he was only seven years old, and his father was strict and cold-hearted, so the Matejko family house was not a happy