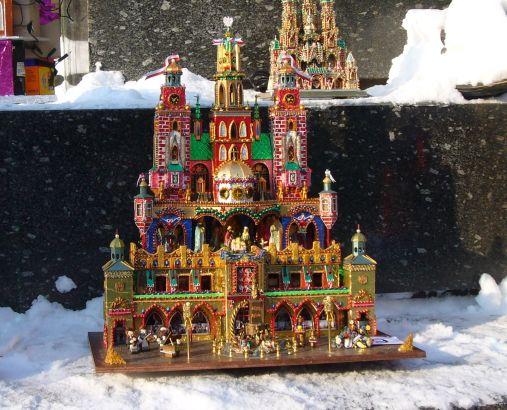 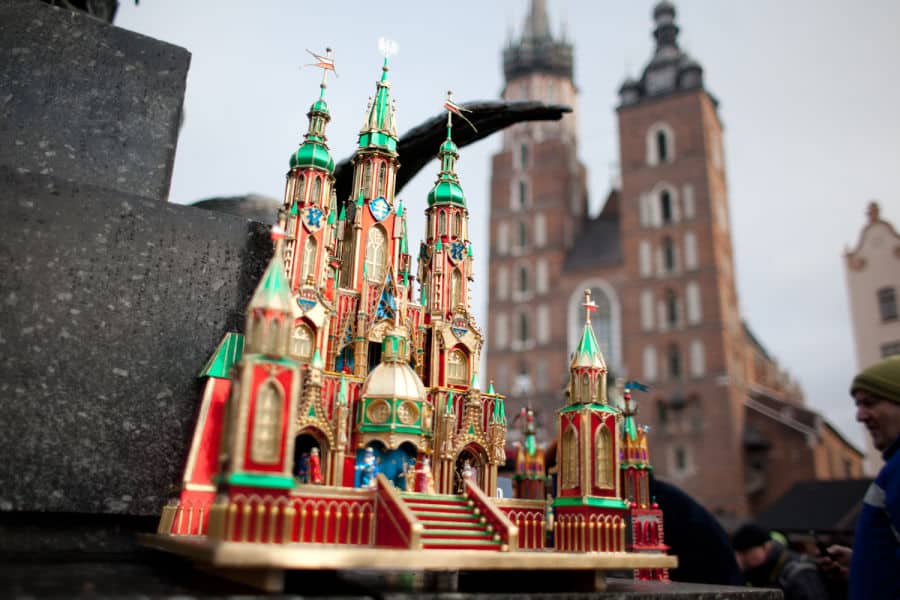 The tradition of making these colourful and sleek, mixed with the characteristic features of Krakow architecture Christmas cribs was conceived in the late 19th century. During that time in the villages neighbouring with Krakow, masons and woodworkers seeking extra income during Christmas, begun to make Christmas cribs as seasonal decoration. They gained on popularity very quickly and were used by door-to-door carollers as puppet theatres.

On the first Thursday of December contestants converge towards Adam Mickiewicz Monument to present their creations to the public. Today, people of all professions and backgrounds compete for the best Christmas crib. After a few hours, a celebratory march sets out for Krzysztofory Palace, were the jury deliberates to select winners in three categories (seniors, teenagers and children) and four groups (large, medium, small and miniature cribs). After the contest, the awarded cribs are displayed as a special exhibition in Krzysztofory Palace that lasts for a full Christmas season. 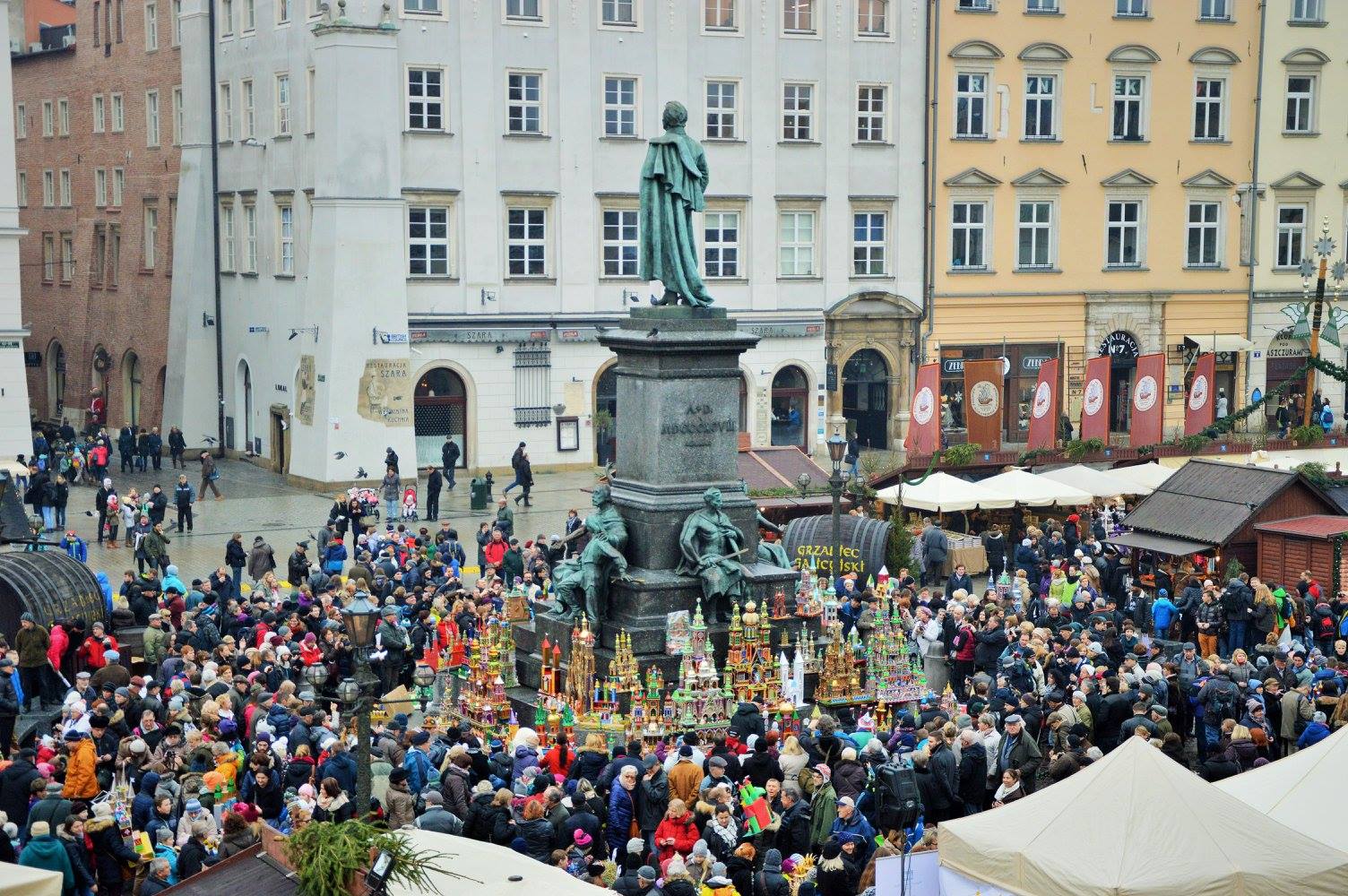 Every year, Krakow Christmas Crib Contest takes place on the first Thursday of December – this year December 7th. From early in the morning contestants will present their Christmas cribs at the foot of Adam Mickiewicz Monument. Later, they will be taken to Krzysztofory Palace, where after three days, the exhibition will open.