Henryk Reyman was born in 1897 in Krakow. Lieutenant colonel of Polish Army, athlete, activist. Due to his vast interests become a well-known Krakow citizen.

Henryk started his studies at Commercial Academy in Krakow; however, it was interrupted by his family evacuation. A war outbreak caused it – the Reyman family decided to move to Nowa Wieś in Slovakia.

After returning to Krakow in 1915, Henryk became lieutenant colonel of the Polish Army and got injured twice. In 1918 he began service in Legia Oficerska; as its member, Henryk was involved in multiple battles during and after World War.

It was not only during the first war when Henryk was involved in the army. During II World War also served as a lieutenant colonel; throughout September Campaign got injured and ended up in German captivity. He rescued in 1940, fled to Krakow, where he changed his surname to Tomaszewski. After his rescue, Henryk found a job as a night watchman in the Benedictine monastery, then a forest ranger.

Here starts the most interesting part of Henryk history – as a member of Sports Committee “Wisła” in Krakow, 12 times represented Poland in international competitions in Sweden, Hungary, Turkey, and far more. Also representative of Krakow, participant of Olympic Games in Paris in 1924. He played in 437 matches, scored 435 goals.

He was honored with multiple awards: Cross of Valor, Cross of Merit – not only in the sports field but also in various societies like the Polish Football Association.

Nearby to the “Wisla” football club arena entrance, we can find an obelisk to honor Henryk Reyman. 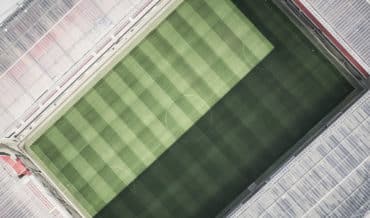 Wisla Krakow FC
Wisla Krakow FC is one of the best Polish football clubs. It regularly presents excellent skill in league championships and international tournaments. Wisla Krakow was founded in 1906 by students of the Second Practical School and their professor, Tadeusz Lopuszanski. The white star has been the symbol of the football club
Comments
All comments.
Comments
Cancel Reply