Balice is a village located to the west from Krakow on the road to Katowice. It is considered to be one of the oldest villages located near Krakow. It was owned by several rich Polish families, first by Tęczyńscy, then Bonerowie and Firlejowie. In the XVI century there was a beautiful palace with gardens and a big park. This place became quite famous and was even visited in 1574 by the king Henryk Walezy. Unfortunately the palace was totally destroyed during the Swedish Deluge. The new palace was built by new owners, first Szemberk, then Radziwiłł families. Nowadays the palace and the farm are owned by National Research Institute of Animal Production.

Rate this post
Share:
Suggested
Suggested contents and articles.
Suggested Contents
Ojcow National Park
Is an attractive tourist destination, beautifully situated in a deep valley in the Jura Krakowsko-Częstochowska range, about 30 km north of the city center. The Ojców Valley is basically a huge rock chasm with perpendicular, white limestone walls, with the Prądnik River flowing in the middle. This is where one
Kobierzyn
Kobierzyn used to be a village near Krakow, today it is part of the city. The name comes from the craftsmen who used to weave carpets and tents. In 1913, the construction of a hospital for the mentally ill (29 Józefa Babińskiego Street) began there. During the Nazi occupation, the 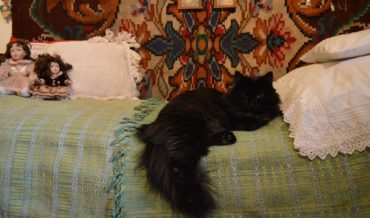