Błonia is a vast valley located around 1km from Krakow Old town. It is around 48ha of green grass surrounded by walking and cycle paths, popular place for dog walking, family and romantic picnics.

The history of it is not so positive. It used to be a marshland with small islands of dry land which were used to isolate those ill with cholera, where this people were left to die. The swamp was dried after the regulation of river Rudawa in 1907-1912.

Since the XIV to the XX century it Błonia was also used as a place for cattle grazing. The special write to use was given for example to Norbertine nuns or citizens of some districts in exchange for something. Like it was with inhabitants of Zwierzyniec had to replace thatches on their houses with fireproof roofs.

Starting from the XIX century Błonia was used as place of parades and military audits.

In 2016 Błonia became a central place for World Youth days when 3.5 million of pilgrims visited Krakow.

Rate this post
Share:
Suggested
Suggested contents and articles.
Suggested Contents
Nature preserves
There are several reserves in Krakow. Two floristic reserves:Skałki Bielańskie: at the foot of the Camdeulian monastery in Bielany in the Wolski Forest, the rocks are protected by mixed forest, and in the lower part – thickets of oak hazel and elm.Skałki Przegorzalskie: on the Vistula slope, rare plants and
Ojcow National Park
Is an attractive tourist destination, beautifully situated in a deep valley in the Jura Krakowsko-Częstochowska range, about 30 km north of the city center. The Ojców Valley is basically a huge rock chasm with perpendicular, white limestone walls, with the Prądnik River flowing in the middle. This is where one 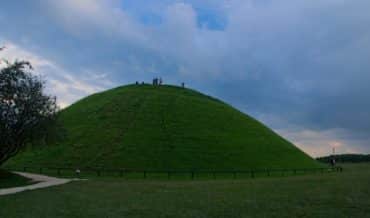 Mounds of Krakow
The four Mounds of Krakow are forever inscribed in the landscape of the city and its surroundings. Two of them were built to commemorate Polish national heroes – Tadeusz Kosciuszko and Jozef Pilsudski. The real purpose of the other two’s creation – Wanda and Krakus Mounds – remains a mystery.
Comments
All comments.
Comments
Cancel Reply