By music historians, Krakow is considered the cradle of Polish jazz. In 1926, the “Jazz” association was established in Krakow. In this city, jazz music has moved from restaurants and cafes to concert halls. In the 1930s at the Władysław Żeleński Music School, jazz music classes were opened, taught by the famous Polish pianist Jan Ekier. The first jazz clubs were also established in those years. The first promoters of jazz music in Krakow were Jerzy Skarżyński and Marian Eile. The period until 1945 was called “the catacomb” because it was played in secret in private homes. Krakow was then the center of jazz in Poland. Artists such as Jerzy “Duduś” Matuszkiewicz, Andrzej Kurylewicz, Krzysztof Trzciński-Komeda, Stanisław Kalwiński and Andrzej Trzaskowski were active here. In 1954 the first swing group “Studio MM 176” was formed. In the same year, Zaduszki Jazzowe, one of the first jazz festivals in Europe, was organized. 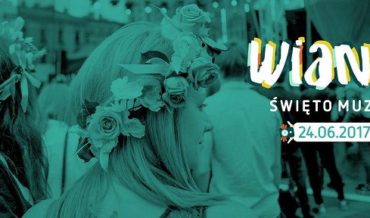 Wianki – Fête de la Musique
The festivals-packed and eventful summer in Krakow kicks off with a real musical feast – Wianki. For several years now, around the first day of summer, thousands of people has been gathering on the riverbanks of Vistula to participate in concerts of great Polish and international artists. As Wianki is one of the 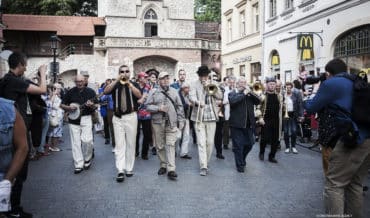 Summer Jazz Festival in Krakow
Summer Jazz Festival in Krakow is organised every year by Piwnica pod Baranami (English the Cellar under the Rams), the most renowned cabaret and jazz club in Poland. After over 60 years of activity, Piwnica pod Baranami became a legend of local eccentricity. In the times of communist rule in Poland, many politically involved 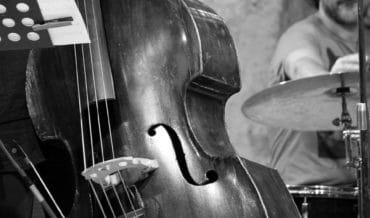 Krakow Jazz Autumn
Krakow Jazz Autumn is a yearly festival organised from September till December in Alchemia club in Kazimierz. The cosy atmosphere of the place provides intimate surroundings for musical meetings of the greatest artists of contemporary improvised music. The first edition took place in 2006 and from then on the festival has extended 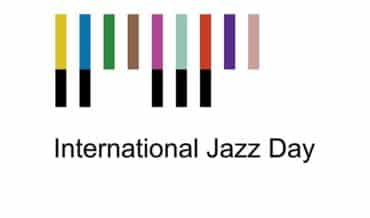