Bonarka used to be a small village close to Krakow, mostly famous for the extraordinary clean water. That was the main reason why Jan Boner bought it at the beginning of the XVI century and established there a paper mill. Paper from Bonarka could be recognized by the watermark of French lily, arms of Boner dynasty. The quality of paper was so high that it was used by Polish kings for their documents and survived till now.

The area is also rich in Jurassic limestones, which creates a picturesque landscape full of rocks, caves and ditches. That’s why Bonarka geological reserve was created here in 1961. It is a popular place for walks, jogging, dog walking and picnics.

Another landmark of this area is a monument to the victims of Plaszow camp, place where thousands of Poles, Jews and Soviet prisoners of war were held, forced to work and killed during the II world war. The monument represents five figures with their heads bowed and hearts ripped off. The area of Plaszow camp remains unchanged since the end of the war, however most of the buildings were demolished before the German army left the city. On the territory of the former camp you can find few more memorials at the places of mass executions, there also plenty of banners with the photos of the camp with the information of which part of the camp was there and memories of the survivors. Plaszow camp was portrayed in the famous Stephen Spielberg’s movie “Schindler’s List”.

Another popular place of the area is a big shopping mall Bonarka built in 2009.

Rate this post
Share:
Suggested
Suggested contents and articles.
Suggested Contents
Błonia
Błonia is a vast valley located around 1km from Krakow Old town. It is around 48ha of green grass surrounded by walking and cycle paths, popular place for dog walking, family and romantic picnics. The history of it is not so positive. It used to be a marshland with small
Kapelanka
Kapelanka (english: chaplain) is a street in Krakow that separates Ludwinów from Zakrzówek. The name comes from the farm and hamlet that once existed there. Jan Długosz wrote that the manor house there was called Folwarky. This place was later called a chaplain, probably because its first owners were called 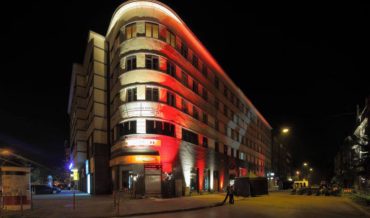 Pomorska Street
In the building at 2 Pomorska Street, in the times of World War II, Gestapo had its headquarters and prison for political opponents. Pomorska Street is now a branch of the Historical Museum of Krakow, housing an exhibition commemorating lives of people who fought for Polish freedom and independence against the 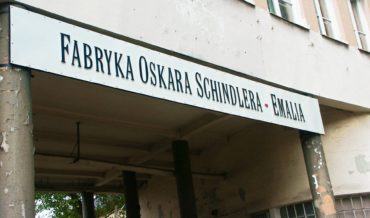